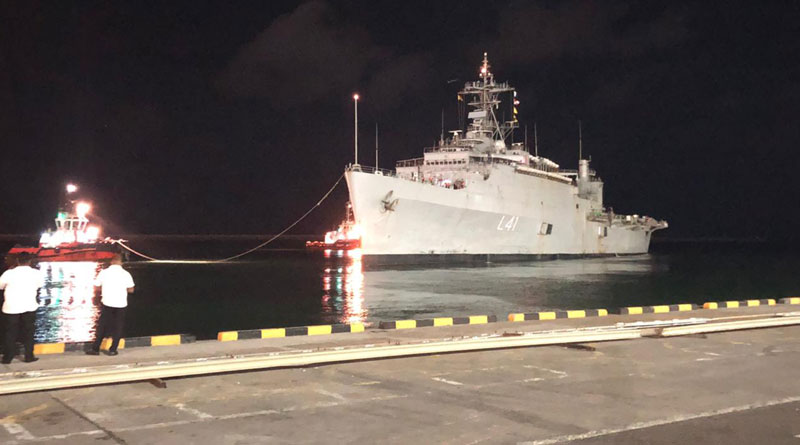 The 685 personnel embarked include 553 men, 125 women and seven children. All personnel were screened medically and have been allotted IDs

Indian Naval Ship Jalashwa departed Colombo, Sri Lanka on 01 June 2020 evening after having embarked 685 Indian nationals and set course for the port of Tuticorin in Tamilnadu.

INS Jalashwa began embarkation of Indian citizens, who were already registered with the Indian Embassy in Colombo; at the East Container Terminal.

The ship is expected to arrive Tuticorin on 02 June 2020.


The 685 personnel embarked include 553 men, 125 women and seven children. All personnel were screened medically, allotted IDs and their baggage sanitised before boarding the ship.

A statement from the Indian Navy read, “They have been accommodated onboard the ship within specially earmarked zones to ensure proper quarantine during the voyage. Other social distancing, disinfection and safety protocols are also being strictly adhered to by the ship’s crew.”

The ship, on her third trip as part of Indian Navy’s Operation Samudra Setu under the aegis of Mission Vande Bharat launched by the Government of India; has been engaged in bringing Indian nationals home from foreign shores by the sea route.