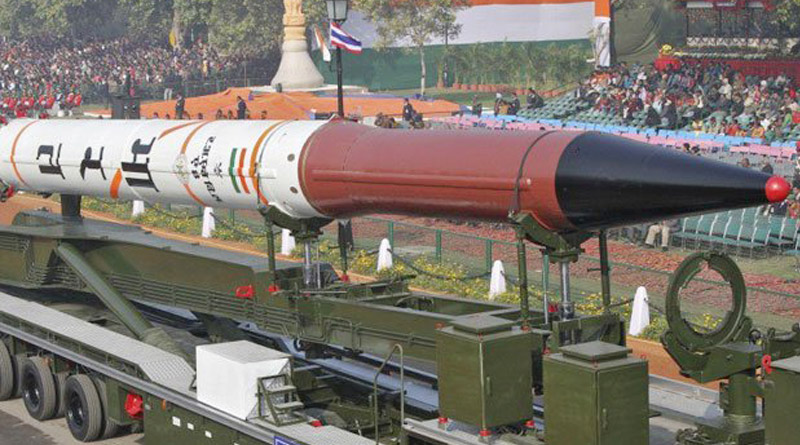 The nuclear strategic ballistic missile having a range of 4000 km was test-fired from Odisha’s APJ Abdul Kalam Island, and this was its 7th trail

India on 23 December 2018 successfully test fired the nuclear strategic ballistic missile Agni-IV missile, with a strike range of 4000 km, as part of a user trail by the Strategic Forces Command. Fired from the Launchpad number-4 of the Integrated Test Range, at APJ Abdul Kalam Island off the Odisha coast, the surface-to-surface missile underwent its 7th trail.

Agni-IV is an indigenously developed long-range ballistic missile and is 20 metres long with a weight of 17 tonnes, and according to the DRDO, the missile is state-of-the-art and equipped with modern and compact avionics to provide high level of reliability and precision. Loaded with the 5th generation On-Board Computer and distributed architecture, the ballistic missile has the latest features to correct and guide itself for in-flight disturbances.


The Agni-IV is an intercontinental ballistic missile, and has the capability to reach the whole of China, some parts of Europe and Africa. The Indian Army’s Strategic Support Force already has Prithvi-II, Agni-I, Agni-II and Agni-III ballistic missiles, and the successful 7th test of Agni-IV adds more teeth to its formidable nuclear arsenal.

The defence sources described the test as being a ‘complete success,’ saying all mission objectives were met during the test-fire.