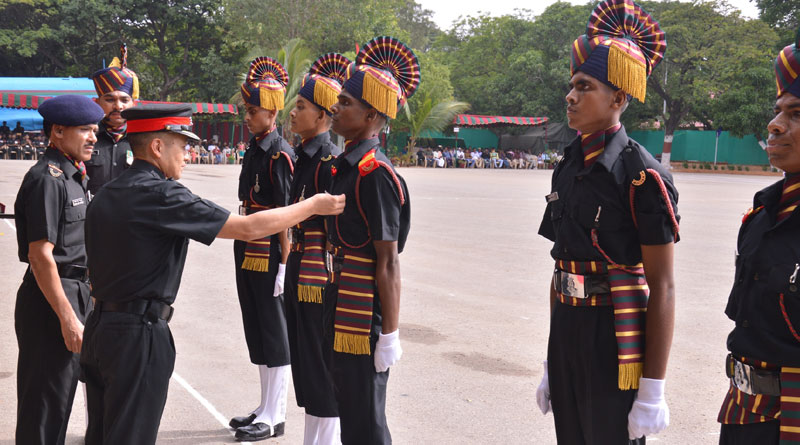 A colourful attestation parade for 91 new pioneers was held at the drill ground of Pioneer Corps Training Centre (PCTC) in Bengaluru on June 17, 2019.


In his address, Colonel Gurung   mentioned that the Pioneer Corps had an impressive history of participating in World Wars I & II, Indo-Pak and Indo-China wars.  He emphasized that the legacy of the elite corps had to be carried on by the young pioneers who were passing out and also mentioned that he was confident that they would be giving their best to serve the nation.

Subsequently he also awarded medals to the awardees and presented ‘Gaurav Padak’ to parents of those attested. The attested soldiers would be proceeding on their respective posting across the length & breadth of the country to serve the motherland.

It was indeed a proud moment for the kith and kin of these Pioneer recruits who had come from far flung areas to witness the eventful ceremony in which their wards participated.

One thought on “91 New Pioneers Join the Pioneer Corps”