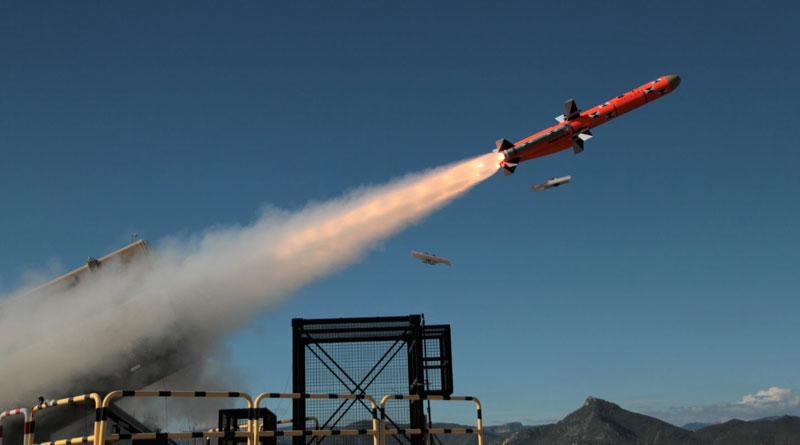 Compared to the first firing, which took place at the end of 2018, several additional features and functionalities were tested

MBDA’s Marte ER anti-ship missile has completed its second firing carried out at the PISQ (Poligono Interforze del Salto di Quirra) test range in Sardinia, Island in the Mediterranean Sea. This firing confirmed the overall design and performance of the missile marking a critical milestone in its development path.

Compared to the first firing, which took place at the end of 2018, several additional features and functionalities were tested. These included an integrated navigation system, proximity fly-over fuze, with weapon controller and actuation system in advanced configuration. The missile also featured the terminal guidance with a new seeker, engineered and developed by the MBDA Seeker Division, read a company statement.

The floating target was hit with “almost zero” miss distance after a flight of about 100 km. The missile pushed its envelope to the limit with several major manoeuvres including very low sea skimming at very high speed.


Hitting the target confirmed the perfect behaviour of the missile and the telemetry system recorded a huge amount of data. Flight data showed very good alignment with simulation outcomes.

The Marte ER programme is progressing at full speed in order to meet customers’ requirements and the full integration of Marte ER on the Eurofighter Typhoon platform is proceeding at pace in order to implement an anti-ship capability onto the fighter.

Marte ER is the third generation of the Marte family of missile systems. Derived from the Marte MK2/S the Marte ER version differs mainly through the introduction of a turbojet engine significantly increasing the missile’s effective range. Marte ER has the same interfaces, and logistic support doctrine as Marte MK2/S. This means no platform hardware changes are required for those already qualified for the Marte family, such as NH90 and AW101. The Marte family are multi-platform anti-ship missiles launched by helicopters, fast jets, ships and coastal batteries.

MBDA is the “only European group capable of designing and producing missiles and missile systems that correspond to the full range of current and future operational needs of the three armed forces (land, sea and air).”

MBDA has 90 armed forces customers in the world. In total, the group offers a range of 45 missile systems and countermeasures products already in operational service and more than 15 others currently in development.