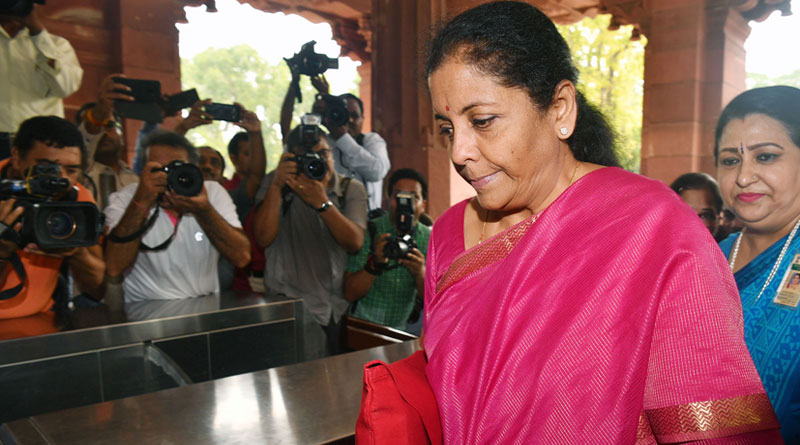 In absence of a real roadmap for defence preparedness, the defence budget follows the beaten path

Unfortunately, defence minister Rajnath Singh cannot do much. He cannot reduce 82 per cent of army’s total allocations (which is 55 per cent of the total defence budget and highest of the three Services) meant for pay and allowances of 13 lakh strong force. This is because the government has approved army chief, General Bipin Rawat’s Hybrid warfare strategy (focussed on counter-terror operations and land warfare) with humongous manpower commitment.

Of Eighties vintage, this war-fighting strategy will not win the next war with either Pakistan or China. China is three steps ahead in technology and doctrinal thinking, and Pakistan, banking on People’s Liberation Army’s (PLA) assistance, because of their common commitment to China-Pakistan Economic Corridor, would well spring operational surprises in a war with India. The PLA, focussed on Information Warfare, has made impressive progress on Artificial Intelligence based warfare, and is working on upgrading that to Quantum sciences supported warfare. So, the outdated Hybrid strategy will not win war, but maintain the chimera of war preparedness by regular terrorists’ killings, never mind the price paid through the lives of our own soldiers.

Moreover, Rajnath Singh has no control over capital allocations. By creating the Defence Procurement Committee (DPC) on 18 April 2018 under the National Security Advisor (NSA) Ajit Doval, the defence ministry’s principle function of procurements and planning was brought under his wings.

Since this suits the government, the capital allocations, to be decided by the NSA would mostly be spent on two things, neither of which will help in war preparedness.


One, emergency purchases to make up the tactical level war deficiencies like stand-off weapons and specialised ammunition for the army and air force, which can be used in case of politically expedient cross-border military strike. This is the consequence of the 2019 Balakot air attacks and 2016 surgical strikes, both of which created a positive perception within the country and helped the government win the General Elections. According to some reports, orders for these have already been placed with Israel and Russia. More of these would follow, perhaps now for the navy’s tactical adventure (against Pakistan), should it become necessary to showcase commitment to national security.

Two, for buying systems like the US National/Norwegian Advanced Surface to Air Missile System-II (NASAM-II) which, since India has signed for the S-400, becomes an operationally redundant purchase. NASAM-II is clearly meant to support India’s new multi-aligned foreign policy, by keeping the US and Russia happy with arms purchases.

This is perhaps the other reason why the DPC was created — to ensure few questions are asked on purchases which do not enhance war preparedness. It would have been better if the over USD one billion to be spent on NASAM-II was instead utilised to make up air force’s combat aircraft deficiencies.

Ironically, most analysts who seek war-fighting reforms to balance diminishing capital allocations miss two points: One, creation of the DPC under the NSA is the biggest military reform as it brings operational acquisitions to the Prime Minister’s direct attention. And two, there are numerous contractual liabilities for acquisitions calling for the highest attention. The case in point in the USD 5.4 billion S-400 air defence missile system’s contract which commits Russia to start delivery in 2022. For this to happen, the production should begin, which in turn requires India to pay the agreed first financial tranche. This has not happened yet. Who better than the DPC to get the wheels rolling once defence allocations are available? Similarly, there are other contractual obligations like on the Rafale aircraft which need to be paid on time.

Two other issues need to be highlighted. The Defence Research and Development Organisation’s (DRDO) capital allocation of Rs 10,484.43 crore is mere six per cent of the total defence budget. This is grossly inadequate, especially when the need should be for financial commitment to the Technology Perspective and Capability Roadmap (TPCR) after deliberations between the scientists and the defence services. Considering that no nation gives away its cutting-edge technology, India should stop scouting around for it. There is instead a case for dividing the DRDO into two: Let research remain with the DRDO’s new avatar, while the development should be given to both public and private sector defence companies. The new DRDO should become something like the US’ Defence Advanced Research Projects Agency (DARPA) — which looks into new technologies — with an enhanced funding of 10 per cent of the defence budget.

Second is the long pending defence services’ demand of roll-over defence capital budget. Given the excruciatingly long procurement procedure, funds meant for procurements if not fully utilised in a year, lapse and go to the Consolidated Fund of India. The demand that they be available with the defence ministry for further use is infructuous with the DPC in place. The DPC has enough authority for sizeable supplementary grants. If only it puts together a real roadmap for war preparedness, which is its other job.