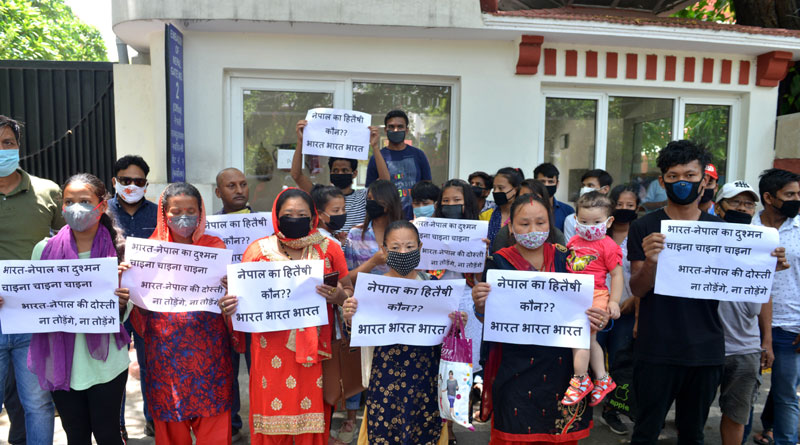 A small group of Nepalese citizens currently residing in India, on 1 July, 2020, gathered outside the Embassy of Nepal in New Delhi and demanded that the two countries resolve the current tensions pertaining to the border issue through diplomatic efforts and scientific mapping.

In a letter that was addressed to the Counselor of Embassy of Nepal, the residents stated, “We the national [sic] of Nepal living in India take the stand with India. The boarder [sic] issue should be resolved through diplomatic efforts. Government should find out the reality regarding the border encroachment with the help of scientific mapping procedures in the bordering areas between the two countries.”


The people, held in hand print outs which had on them messages in Hindi like ‘India is Nepal’s well wisher’, China is an enemy of both, India and Nepal (and that) India-Nepal shall not break their friendship.

This comes at the backdrop of the current dispute between India and Nepal over a 370-km strip located at the border between the two countries. Both countries stake claim over the territory. Nepal, in June passed an amendment to approve new map which included the disputed territory. India called it a ‘unilateral’ decision.