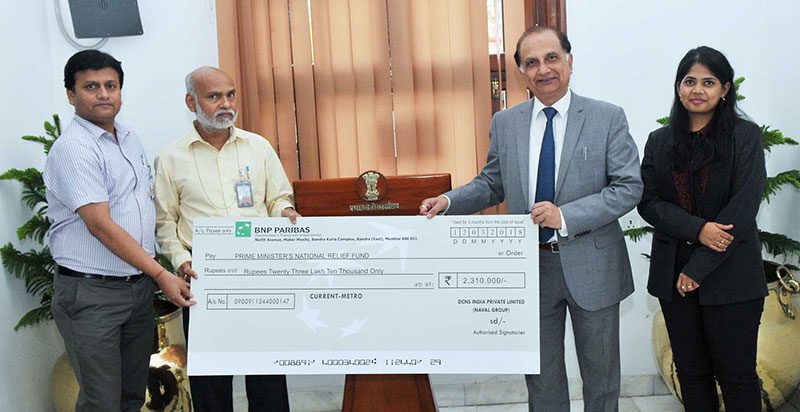 Rear Admiral Shrawat noted, “Naval Group in India is honoured to contribute to the Prime Minister’s National Relief Fund. We belong to the Indian society as we work with the utmost dedication toward the complete self-reliance of Indian Navy. The submarines under P75 programme of Kalvari class are being made in India by Mazagaon Dock Shipbuilders Limited and it allowed Indian teams to develop advanced and unique skills. Today, we build on this positive legacy and touch the heart of Indian society by bringing support to those in distress under the able guidance of our honourable Prime Minister Narendra Modi.”

Last year, the company took part in the ‘Clean Ganga Fund’. This year’s donation to PMNRF is a step forward in Naval Group’s contribution to the empowerment of Indian society. With this action, Naval Group participates in its own way to ‘Sankalp se Siddhi’ (Pledge for New India), which express the vision of India reaching the heights of success and development.