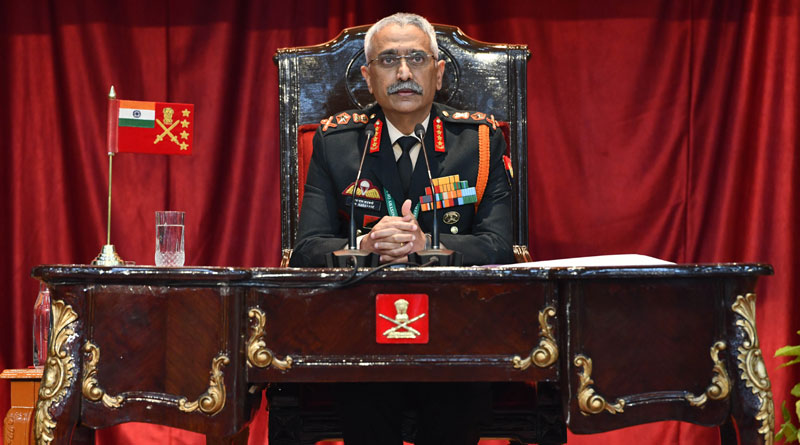 Chief of Army Staff Gen. Manoj Mukund Naravane while addressing the Press on 12 January said that the Army was fully prepared to deal with any threat facing the nation. He added that the Army had maintained high alert level all along the Line of Actual Control.

However, while addressing the annual press conference ahead of the Army Day celebrated on 15 January, Army Chief Gen. Naravane said that India needed to enhance its capabilities considering what had happened last year, signalling at the border clash between Indian and Chinese troops that took place in June 2020.

Gen. Naravane spoke about how last year’s clash between India and China had shown that the Indian Army’s way forward would be transformation into a technology-intensive force.


He said that the Indian Army will hold ground in Ladakh for as long as needed if the talks get prolonged. He added that the Army would ensure that the solution is ‘acceptable and not detrimental to our interests’. He said, any solution sought will be based on ‘mutual and equal security’.

Gen. Naravane said, “Pakistan and China together form a potent threat to national security and their collusive approach towards India cannot be wished away.” Speaking about India’s threat perception from both the countries, he said, “a two front war is something we must be prepared for”.

He said that the Army had been taking steps to relieve itself from counter insurgency operations in the northeast. So far, one brigade had already been withdrawn.

Gen. Naravane said that the Army would soon open the doors of Army Aviation Corps for women officers. The first batch of women officers will commence training to become pilots in July 2021 and will join frontline flying duties in July 2022. Until now, he said, women carried out ground duties in army aviation.

On the force’s modernization programme, Gen. Naravane revealed that at least 80-85 percent of the contracts signed for modernization were with Indian companies in view of the ‘Make in India’ programme.