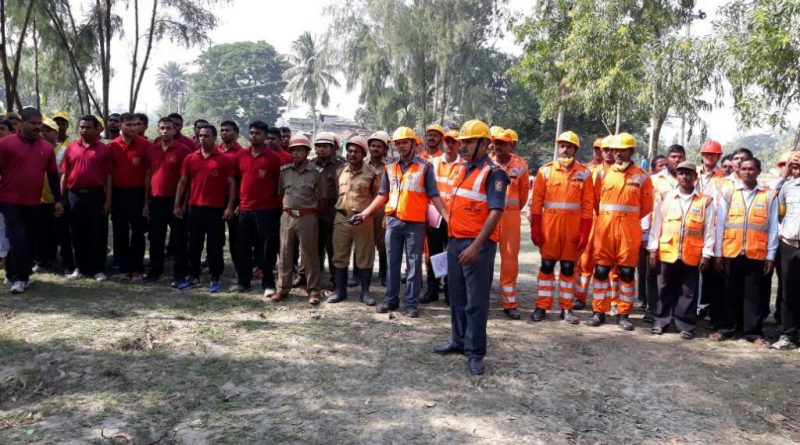 The Ministry of Home Affairs through National Disaster Management Authority (NDMA) and the Indian National Centre for Ocean Information Services (INCOIS) conducted a first-of-its-kind mock exercise on tsunami preparedness covering the entire eastern coastline of the country on November 24.

Simulation exercises were conducted simultaneously in 35 coastal districts across four States of West Bengal, Odisha, Andhra Pradesh, Tamil Nadu and Union Territory of Puducherry along the entire East Coast, to assess and improve the early warning and response mechanism to mitigate the impact of a high-intensity tsunami.

The NDMA experts led the exercises from the state capitals. The exercise scenario depicted a high intensity earthquake near the Andaman and Nicobar Islands, at about 0930 hrs. Within moments, the Indian Tsunami Early Warning Centre (ITEWC), INCOIS, issued a massive tsunami threat notification for the eastern coast through e-mails, fax and SMSes. It also put out detailed bulletins on its website.


A two-hour reaction time was notified within which the entire State machinery needed to be mobilised so as to efficiently respond to the situation such that the impact of the tsunami is reduced.

In less than half an hour, the State Emergency Operation Centres (SEOCs) were activated. Besides mobilising the State machinery to respond, public warnings were sent out to the communities. Evacuation instructions were issued, rescue teams were formed under Incident Commanders and kept at standby in the Staging areas.

Post the simulated landfall of the tsunami, damage assessment was carried out at the SEOCs on the basis of information received from affected districts and first-hand information by air sorties, both fixed wings and helicopters. This helped the administration in prioritising the response and dispatching the appropriate task forces to the affected sites.

Representatives from 11 Pacific Island countries observed the exercise for key lessons and best practices to be adopted while preparing for and responding to a disaster situation. Their participation was part of a training programme meant for enhancing their ability to improve the preparedness of their organisations to reduce disaster risks, especially for tsunamis.