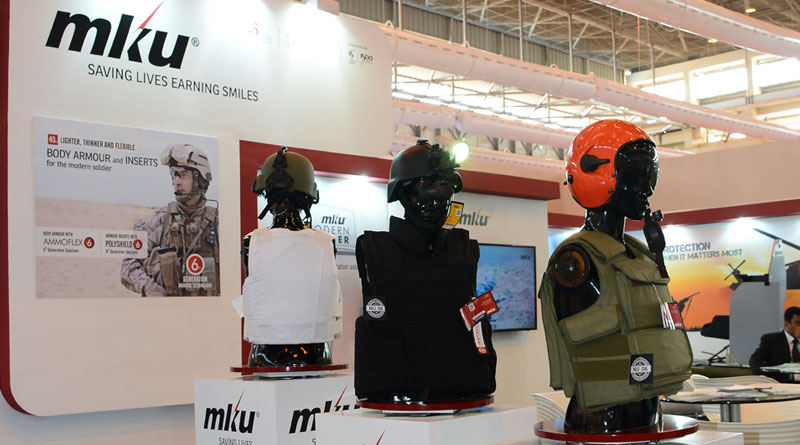 MKU has signed an MoU with the UP government in the UP Defence Corridor, and two more MoUs with Thales in optronic devices and F90 close quarter battle rifle for soldiers

In a statement released on 23 August 2019, MKU, a Kanpur-based defence equipment supplier, said the company has worked relentlessly to add a large gamut of force multiplier solutions that will not only enhance the night-fighting capabilities and lethality but also provide a wider shield of protection to the soldiers and platforms.

Looking at the opportunities of more than INR 12,000 crore in the defence and homeland security domain being serviced by MKU, the company remains positive and bullish towards the Indian market. MKU announced it had signed an MoU with the UP government for an investment of INR 1,000 crore in the newly inaugurated Uttar Pradesh Defence Corridor. Located in the heart of the corridor, MKU is looking at several opportunities from MoD and MHA based on expected RFIs.


“MKU Limited and Thales have signed two MoUs for strategic co-operation in the development and production of optronic devices and F90 close quarter battle (CQB) rifle for soldiers. The optronic devices will be co-developed by Thales and MKU and both the optronic devices and F90 rifles will be manufactured in India at MKU’s facilities in Kanpur, Uttar Pradesh. These products will be offered to the Indian army and homeland security forces under the ‘Make in India’ initiative of the Government,” the statement released by the company said.

“The strategic co-operation for optronic devices between Thales and MKU is committed to enhancing the night fighting capabilities of the Indian Army and homeland security forces. It envisages manufacturing of optronics equipment including weapon sights, night vision goggles, handheld thermal imagers and thermal infrared sensor engine for soldier systems, and other image intensification and thermal imaging systems for soldiers and platforms respectively,” it added.