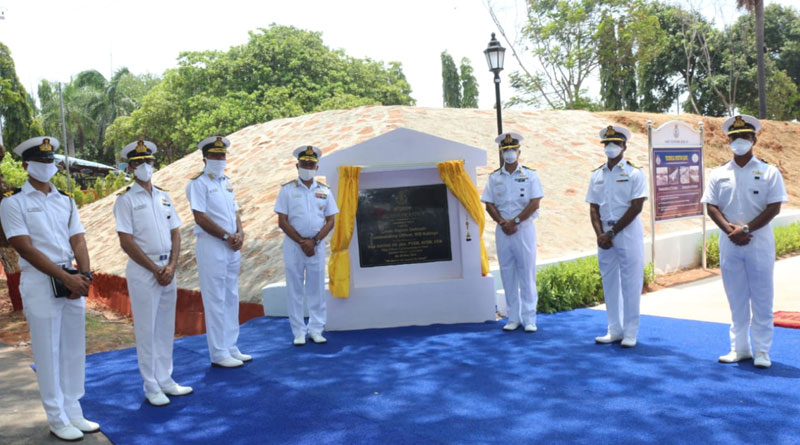 “The Missile Park ‘Agneeprastha’ once completed will be dedicated to all the Officers, Sailors and Support Staff of INS Kalinga, who have served in this premier op-support Base of the ENC since its establishment in 1981. The Park also commemorates the award of the prestigious Unit Citation to INS Kalinga for the year 2018-19,” the press note stated.


The park aims to capture glimpses of Missile History of INS Kalinga since 1981 till date. The Missile Park has been set up with a replica of missiles and Ground Support Equipment (GSE) that showcase the evolution of missiles handled by the unit. The exhibits have been created from scrap inventory which have been reconditioned in-house. The main attraction is P-70 Ametist, an underwater launched anti-ship missile from the arsenal of the old Chakra (Charlie-1 submarine) which was in service with IN during 1988- 91.

“Agneeprastha will also provide a one-stop arena for motivation and stimulation of inquisitive minds regarding the missiles and related technologies, from school children to Naval personnel and their families. It is also intended to encourage a feeling of ownership and pride in the role of the Unit, and highlight the necessity of contribution of all personnel irrespective of rank/trade towards the overarching objective of ordnance availability, reliability and delivery on target, each and every time,” the press note further added.