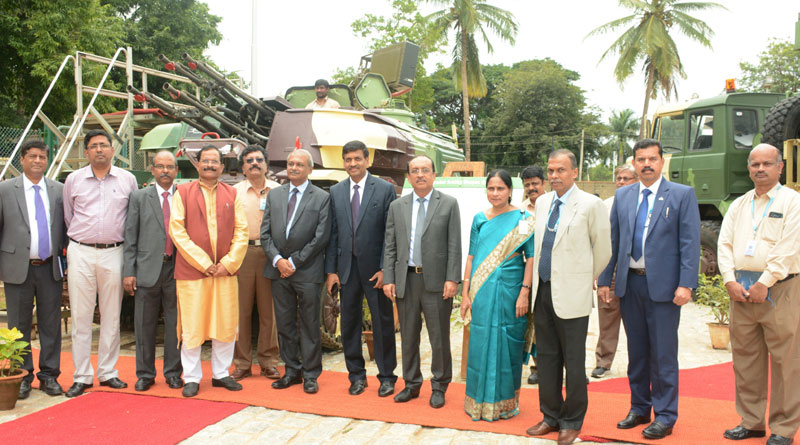 Shripad Naik visited a number of facilities at the defence PSU on August 21 and took stock of the performance of the PSU, interacting with its employees

The minister was given a presentation by the Director (Bangalore Complex), Vinay Kumar Katyal, about the unit in the presence of M V Gowtama, chairman & managing director, and other directors of BEL. CMDs of HAL, BEML and MIDHANI were also present. The presentation gave an overview of BEL and highlighted the performance of the unit, its manufacturing facilities, major products, CSR initiatives and steps towards sustainable / green energy.

This was followed by a visit to some of the facilities of the Bangalore Unit. The minister was taken to the Super Components Manufacturing Facility, which manufactures critical high technology electronic components and products. BEL indigenously designs and manufactures microwave modules / products which were earlier imported from countries like USA, UK and France. Microwave modules are used extensively in Radars, Electronic Warfare systems and Missile Electronics modules.

Naik also visited the military radar outdoor facility and Near Field Antenna Test Facility, where he was briefed on the Schilka Upgrade (Gun & Fire Control System) and Weapon Locating Radar. The minister also visited the Near Field Antenna Test Range, which is a measurement facility for calibrating and measuring the performance of any type of antenna.

He also visited the Naval Systems – Coastal Surveillance System, at BEL. The vast coastline of India is installed with Coastal Surveillance System supplied by BEL to the Coast Guard. Chain of static sensors installed over the coastline of India are networked to present common operating picture at the command and control centres. It has been installed at remote sensor stations on the mainland and on the islands as part of Phase I of the project. Real time operation of the system was shown to the Minister.

According to the statement by BEL, the minister was happy with the performance of BEL-Bangalore and charged them to continue the good work.