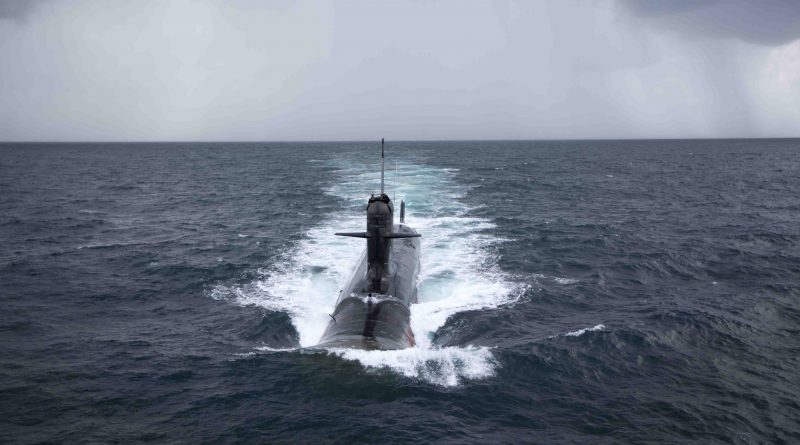 Indian Navy got first of the six Scorpene submarines, Kalvari, from the shipbuilder Mazagon Dock Ltd on September 21. Post delivery, Kalvari is likely to be commissioned into Indian Navy soon.

The contract for the construction and transfer-of-technology for six Scorpene submarines in series with naval defence and energy company DCNS of France as collaborator and Mazagon Dock Ltd as builder was signed in Oct 2005.

The submarine comes with the superior stealth features such as advanced acoustic silencing techniques, low radiated noise levels, hydro-dynamically optimised shape and the ability to launch a crippling attack on the enemy using precision guided weapons. The attack can be launched with both torpedoes and tube launched anti-ship missiles, whilst underwater or on surface.

The Scorpene submarines can undertake various types of missions like anti-surface warfare, anti-submarine warfare, intelligence gathering, mine laying, area surveillance etcetera. The Kalvari is designed to operate in all theatres with means provided to ensure interoperability with other components of a Naval Task Force.

Moreover, the second of the Scorpenes under construction at MDL, Khanderi, was launched in January 2017 and is currently undergoing sea trials. The third Scorpene, Karanj, is being readied for launch later this year.