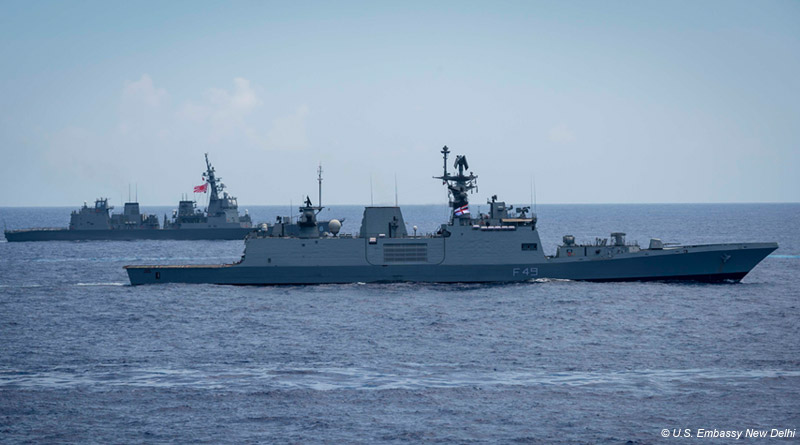 Trilateral maritime exercise between India, U.S. and Japan Naval Forces was conducted off the coast of Guam from June 7 through June 16

Malabar 2018, a trilateral maritime exercise, was conducted off the coast of Guam from June 7 through June 16. Started as an exercise between the Indian Navy and the US Navy in 1992, its 22nd version, Malabar 2018 included the Japan Maritime Self-Defense Force (JMSDF). The JMSDF has been participating regularly since 2015. Accomplishing maritime interoperability training objectives among the three forces, the exercise emphasized high-end warfighting skills, power projection, and maritime superiority. This was the first time exercise Malabar was conducted in the Guam operation area. Malabar 2018 was a two-phase exercise that was conducted ashore in Guam and in the Philippine Sea.

All three countries share a plethora of common security interests that include maritime security, counter-terrorism, humanitarian assistance, disaster relief and having an active role in building regional partner capacity and maritime domain awareness. This exercise helps in bolstering the shared vision laid out by their respective governments to contribute to overall peace and security in the region.

One thought on “Malabar 2018 Concludes”