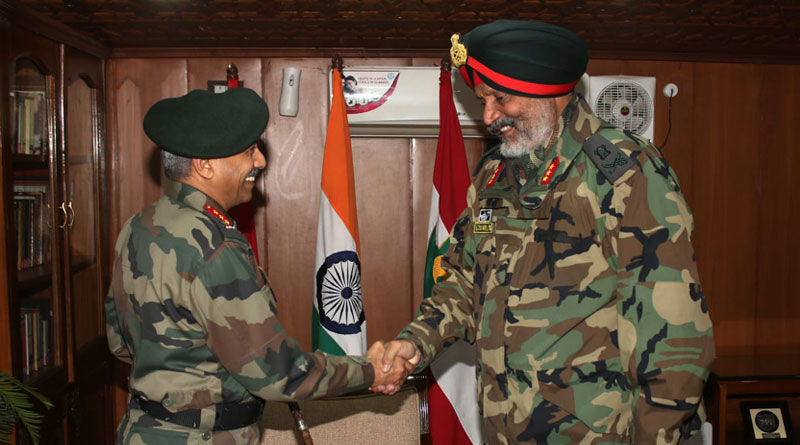 He has served Jammu and Kashmir for five tenures

He was handed over the charge by Lt Gen. Kanwal Jeet Singh Dhillon.

Lt Gen. Raju served Jammu and Kashmir for five tenures since 1984. He has been the Force Commander of Rashtriya Rifles and Brigade Commander of an Infantry Brigade on the Line of Control.

Lt Gen. Raju, while taking over the charge, paid homage to the martyrs and addressed and interacted with the troops of Chinar Corps and enthused them to work with dedication and perseverance.

Before taking charge, he was tenanting the appointment of Director General Staff Duties at Army Headquarters.