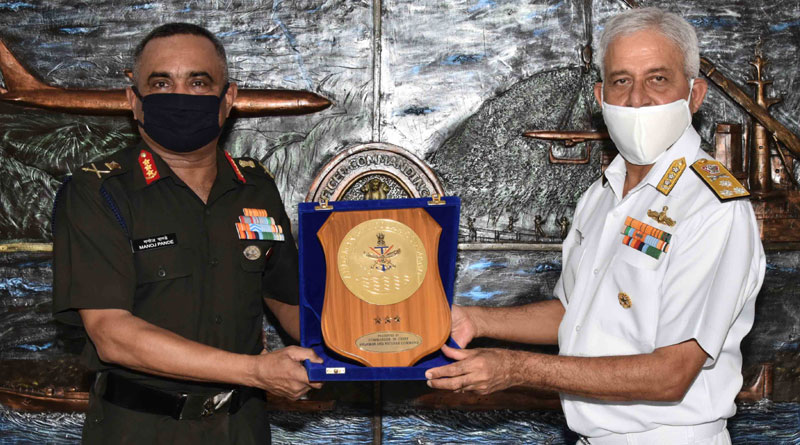 He called on Vice Adm Atul Kumar Jain, PVSM, AVSM VSM; Flag Officer Commanding-in-Chief ENC on 22 July 2020 and held operational discussions. Later, he was briefed on the responsibilities of the Command and other operational activities of the Indian Navy on the Eastern Seaboard.


Lt Gen Manoj Pande took over as the 15th Commander-in-Chief of the Andaman & Nicobar Command on 1 June, 2020. The General Officer was commissioned into the Corps of Engineers in December 1982 and is a graduate of Staff College, in United Kingdom and attended the Higher Command Course at Army War College, Mhow and the National Security Studies Course at National Defence College, New Delhi.