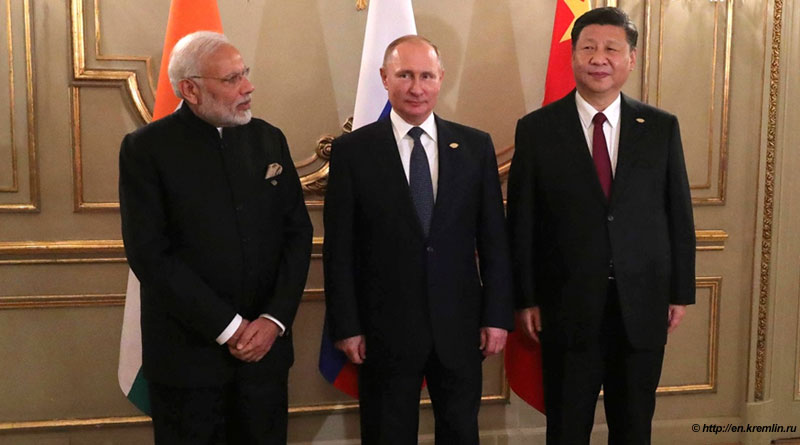 Moscow says it is watching with “great attention” the happenings on the India-Chinese border and believes that the two countries “are capable of taking necessary steps to prevent such situations in the future.”

Expressing its concerns on the clashes between the Indian and Chinese troops, Russia on 17 June 2020 said that it welcomes all steps aimed at de-escalation at the Line of Action (LAC).

“We welcome all steps aimed at de-escalation at the LAC, including the conversation between the two Foreign Ministers, said Russian ambassador to India Nikolay Kudashev.

Earlier in the day, External Affairs Minister Subrahmanyam Jaishankar and his Chinese counterpart Wang Yi held a phone conversation on recent developments in Ladakh. According to the statement issued by the MEA, the two sides agreed that the overall situation would be handled in a “responsible manner,” and both sides would implement the disengagement understanding of 6 June sincerely,” adding, “Neither side would take any action to escalate matters and instead, ensure peace and tranquillity as per bilateral agreements and protocols.”

The Kremlin has acknowledged that it is watching with “great attention” the happenings on the India-Chinese border and believes that the two countries “are capable of taking necessary steps to prevent such situations in the future.”


“We believe that this is a very alarming report. But we consider that the two countries are capable of taking necessary steps to prevent such situations in the future and to ensure that there is predictability and stability in the region and that this is a safe region for nations, first of all, China and India,” Russian Presidential Spokesman Dmitry Peskov told reporters in Moscow on 17 June 2020.

On the night of June 15, violent clashes broke out at the Galwan region in Ladakh between the Indian and Chinese troops. The Indian side suffered 20 battle casualties including an officer of the rank of a Colonel. Several media reports have reported that a total of 30 PLA soldiers have faced casualties as well, while some argue that the number is underreported.

The statement also added that the defence minister Rajnath Singh reviewed the current operational situation in Eastern Ladakh, consequent to yesterday’s violent faceoff on the LAC, along with the CDS and the three service Chiefs. The External Affairs minister S Jaishankar was also present during the meeting.