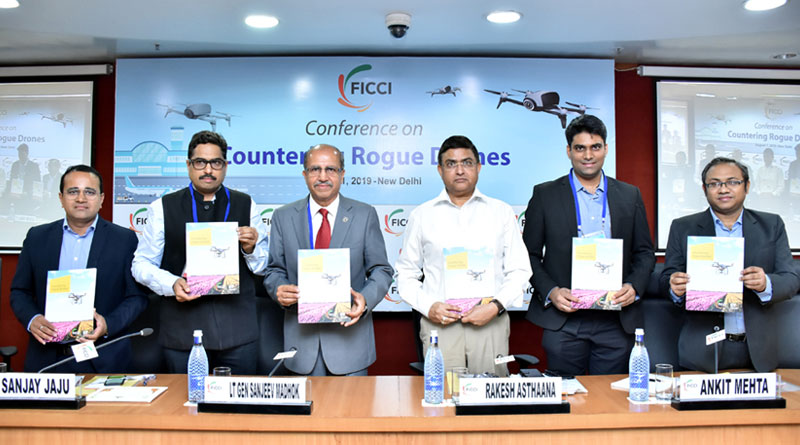 The government is working to find solutions to counter rogue drones in the country, says DG, Bureau of Civil Aviation Security (BCAS)

Rakesh Asthaana, director general, Bureau of Civil Aviation Security (BCAS) on August 1 said that the ministry of civil aviation is working on finding solutions to counter rogue drones in the country.

Speaking at the conference on countering rogue drones, organised by FICCI in New Delhi, Asthaana said that the ministry of civil aviation had constituted a committee under the chairmanship of DG-BCAS for finding out best available counter drone solutions and standards to safeguard civil aviation against possible drone attacks in India.

“We have taken the live trials; second pilot has just been over, and we are in the process of finalising our reports which we will be submitting to the ministry soon,” he said, adding that the drones can be used both for the betterment of the society and for harming people as well and destroying assets.


“We don’t know which drone is rogue and which is good. We should have the technology to counter it. Whether you go in for commercial or security purposes, the technology has to be such which can prevent the rogue drones in our country,” Asthaana added.

Sanjay Jaju, joint secretary, department of defence production, ministry of defence, government of India, said that the drone technology has immense potential and, as per NITI Aayog, the sector is likely to reach USD 50 billion in the next 15 years.

Calling for indigenisation of drone manufacturing and counter drone solutions, Jaju said that local manufacturing should be done not only to derive economic potential but also to check the internal and external threats faced by the country.

“Some thought also has to be given to counter drone systems that not just target the drones but actually target or find ways and means of locating the person who is actually operating them,” co-chair, FICCI Committee on Drones and Co-founder and CEO, IdeaForge, Ankit Mehta, said.

The FICCI-EY report on ‘Countering Rogue Drones’ was also released during the conference which emphasises the need for counter-UAV systems to be deployed. The FICCI-EY report highlights 5 key areas to counter rogue drones in India which includes empowering the homeland security forces, risk and asset profiling, boost to allocation for indigenous R&D and Make in India, liquidating the threat of legacy UAVs and citizen participation.