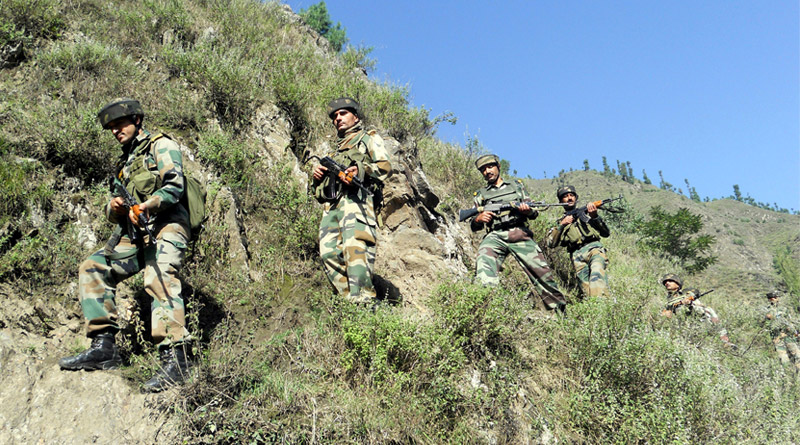 Forward areas along the LC, under the Army’s XVI Corps, have inherent landmine dangers but appropriate safety precautions against anti-personnel mines have been taken

Indian army troops deployed along the Line of Control (LC) in Jammu and Kashmir will now be equipped with special anti-mine boots. The Army recently procured the same with aims of being more effective in landmine-infested forward areas and during engagements with fleeing militants.

In an interview with PTI on November 11, General Officer Commanding, XVI Corps, Lt Gen. Paramjit Singh said that the move to acquire anti-mine boots was to make it safer for soldiers that have to get into forward areas for domination and sometimes even undertake hot pursuit of terrorists and subversive elements.

“We have purchased equipment such as anti-mine boots and deep search metal detectors out of the special funds to facilitate these operations and at the same time ensure the safety of our soldiers,” he said.


He explained that the forward areas along the LC under XVI Corps have inherent landmine dangers but all preparations, including safety precautions, have been taken for carrying out the operations.

“Some of the mines, laid as part of the counter-infiltration measures, drift from their original place due to rain and snowfall. Sometimes accidents happen,” he added.

Lt Gen. Singh said the Army is anticipating infiltration into the state even after the snowfall this winter through non-traditional routes and areas.

“We are prepared to take on this challenge. Contingencies have been prepared and coordination done while some more steps are in progress. Police and civil administrations are seriously addressing surveillance and control of highways,” he added.

He said that a potent counter-infiltration grid is in place wherein the deployed troops have been equipped with surveillance and reconnaissance gadgets like night vision devices to detect and counter intrusions.