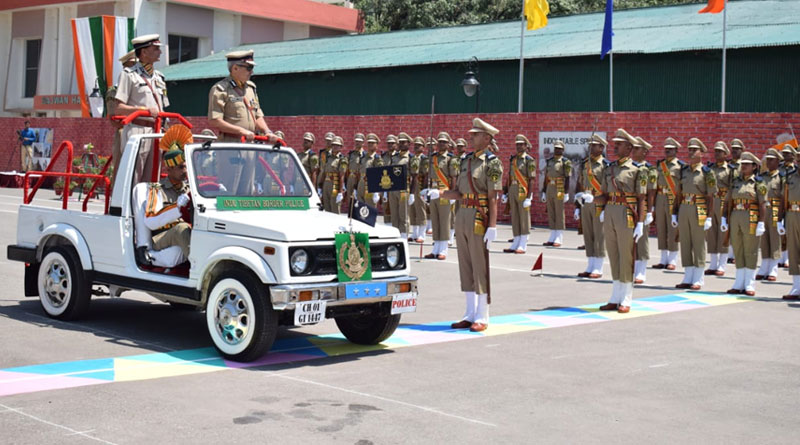 45 officers including three women pass out of the ITBP Academy and join the force as Assistant Commandants.

A Passing Out Parade was held at ITBP Academy Parade Ground, Mussoorie, Uttarakhand, on June 10, 2019 in which 45 Assistant Commandants passed out to join the force, including three women officers.

Director General of ITBP S.S. Deswal received the salute from the passing out parade and addressed the gathering. Many dignitaries and families of the officers passing out today were present on the occasion.


Inspector General Prem Singh of the ITBP Academy welcomed the DG ITBP and said that the ITBP Academy has trained thousands of officers in over four decades since its establishment in mid 1970s.

He added that due to the relentless efforts made by the institution, the force has been able to serve in the difficult geographical and weather conditions in the higher Himalayas and in many challenging internal security duties exemplarily.

After foundation in 1962, the ITBP has been primarily deployed in Border Management and security duties on the India China borders where extreme conditions prevail round the clock.