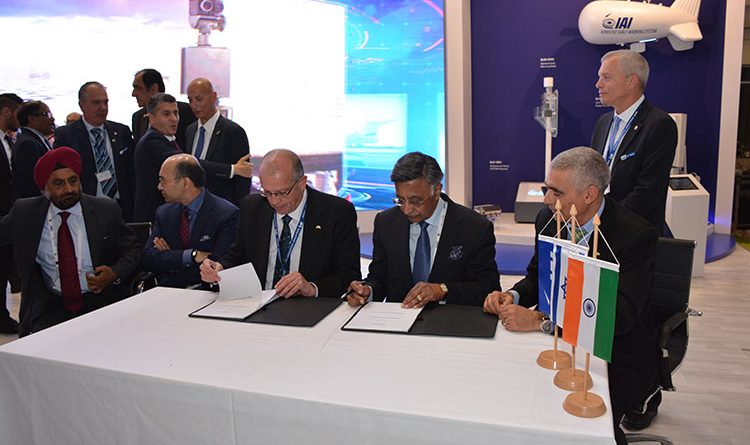 The pact to further ‘Make-in-India’ initiative

The pact comes after a period of five months of an earlier MoU signed in February 2017 between the two companies which focused on establishing a Joint Venture that will develop, build, market and manufacture selected air defence systems and light weight special purpose munitions, in accordance with the Indian Government’s ‘Make in India’ policy.

The pact is said to cover the establishment of a maintenance centre for selected advanced air defence systems in Hyderabad, Telengana. The two companies have also agreed on expanding their joint operations for development, manufacturing and marketing of precise ammunition systems.

Chairman and MD of Kalyani Group, Baba Kalyani on this development said, “In line with our Prime Minister’s idea of forging a technology-based partnership with Israel, this joint venture with IAI furthers the idea of Indian government’s ‘Make in India’ initiative and will provide world class solutions including life-cycle support to Indian defence”.

“I also consider that it augments the group’s efforts in developing and manufacturing state-of-the-art indigenous systems in niche technology areas of defence sector in India,” Kalyani added.

On the other side, IAI’s president and CEO Joseph Weiss said, “India has been IAI’s partner for many years as well as a key market for us. The Indian government’s ‘Make in India’ initiative requires of international companies to rethink their operations in India”.

“The changes in India have not gone unnoticed by IAI. We have been revamping all of our operations in India and believed that together with our partners in Kalyani Group we will preserve our position in India for both countries continued growth,” Joseph remarked.