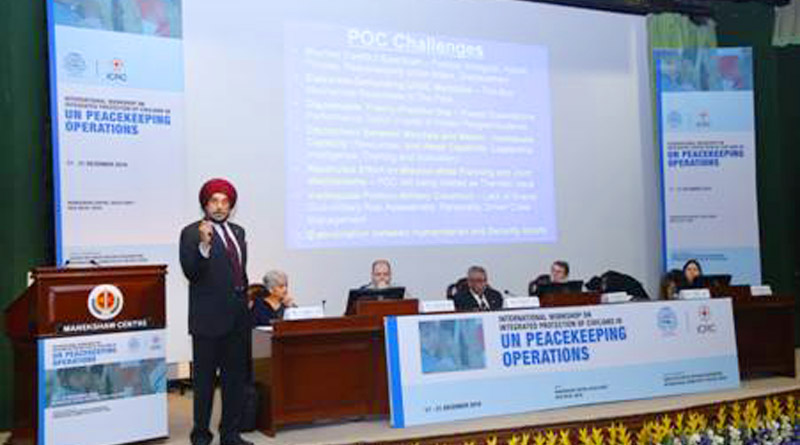 A Joint workshop between International Committee of the Red Cross (ICRC) and Centre for UN Peacekeeping (CUNPK) on “Integrated Protection on Civilians (IPOC)” in UN peacekeeping operations was conducted at Manekshaw Centre, New Delhi from December 17-21, 2018.


25 participants from 23 different countries and 10 Indian Officers attended the seminar to derive benefit from it and be available to the United Nations for deployment in field areas. The seminar was conducted by some of the most experienced and seasoned speakers from across the globe including those from CUNPK and ICRC. Participation from all the continents including instructors and facilitators ensured a balanced mix towards training, focus and direction.

The seminar’s inaugural session was held on December 17. Lieutenant General IS Ghuman, Deputy Chief of Army Staff (IS&T), Indian Army was the Chief Guest for the occasion and delivered the inaugural address. Mr Jeremy England, Head of Regional Delegation, ICRC, Delhi and other senior officers/ dignitaries of the Army and ICRC, DAs of various countries, Officials from UN agencies and academia were also present during the inauguration.