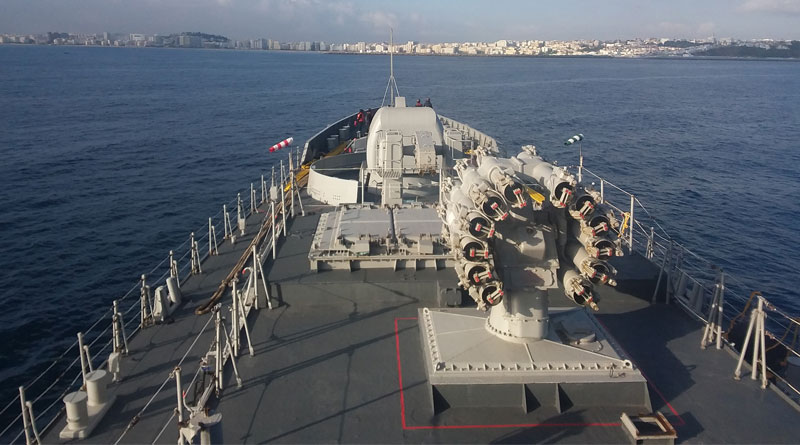 The visit seeks to bolster friendship between India and Morocco, and is part of an ongoing overseas deployment by the Indian Navy to the region

Indian Naval Ship Tarkash arrived at Tangier, Morocco on July 8 for a three-day visit. The visit is part of an ongoing overseas deployment by the Indian Navy to the Mediterranean Sea, Africa and Europe. The visit seeks to strengthen the bonds of friendship between India and Morocco.


INS Tarkash, commanded by Captain Sathish Vasudev, is a state-of-the-art stealth frigate of the Indian Navy, equipped with a versatile range of weapons and sensors capable of addressing threats in all three dimensions. The ship is a part of the Indian Navy’s Western Fleet and is under the operational command of Flag Officer Commanding-in-Chief, Western Naval Command.

During the port call, various dignitaries and government officials of Morocco including senior naval officers are scheduled to visit the ship. The ship would also take part in numerous professional, social and sporting interactions planned with the Royal Moroccan Navy. On departing the port, INS Tarkash will carry out a Passage Exercise at sea with ships of the Royal Moroccan Navy.