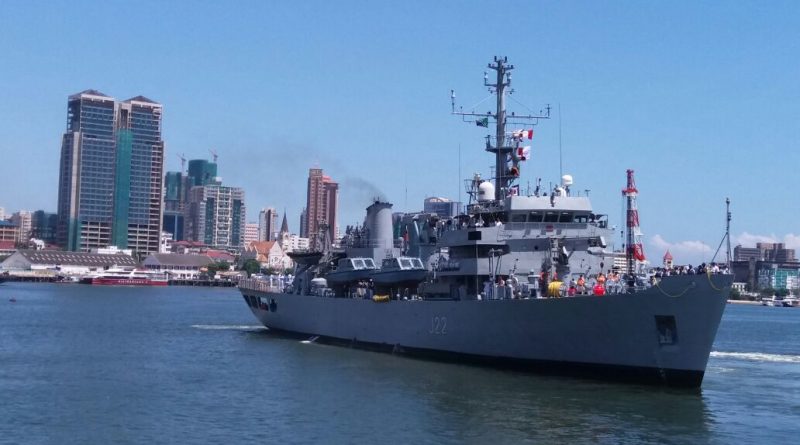 During the survey, training of Tanzanian Naval personnel will also be undertaken on advanced hydrographic equipment and practices.

In an initiative to bolster bilateral relations with friendly foreign countries and navies in the Indian ocean region, INS Sarvekshak, a hydrographic survey ship of Southern Naval Command, arrived at Dar-es-Salaam, Tanzania on November 15 for undertaking joint  Hydrographic Survey along with the Tanzanian Navy.

The joint survey will be conducted with the Naval personnel of Tanzania who have been trained in India in National Institute of Hydrography, Goa. During the survey, training of Tanzanian Naval personnel will also be undertaken on advanced hydrographic equipment and practices. The ship will visit Dar-es-Salaam harbour in Tanzania during her stay for refuelling and replenishing stores and provisions.  Joint exercises with Tanzanian Navy are planned during the period of deployment.


The ship will be undertaking pioneer survey of Pemba Island which would include detailed surveys of  Port of Wesha and Kiuyo and Pemba Channel in Tanzania and on completion will be proceeding to Port Louis in Mauritius in December for survey of Grand Port. In recent past, Indian Naval Hydrographic Ships Jamuna, Sutlej and Darshak have undertaken various hydrographic surveys of Dar-es-Salaam, Zanzibar, Makoni and Port Tanga in Tanzania. INS Sarvekshak has also undertaken various foreign cooperation surveys in the last few years in Sri Lanka, Mauritius, Seychelles and Kenya.

INS Sarvekshak is a specialised survey ship of the Indian Navy presently based at Kochi and is fitted with state-of-the-art survey equipment like Deep Sea Multi beam echo sounder system, Side Scan Sonars and a fully automated digital surveying and processing system. In addition, the ship carries an integral Chetak helicopter which would be extensively deployed during the survey.

The ship is second ship of  the Darshak class of ships and has a complement of 15 officers and 175 sailors and is presently commanded by Captain Peush Pawsey. Interestingly, the officer – prior to this appointment – was commanding INS Darshak, in which capacity too he had undertaken a similar survey in Tanzania in 2016.