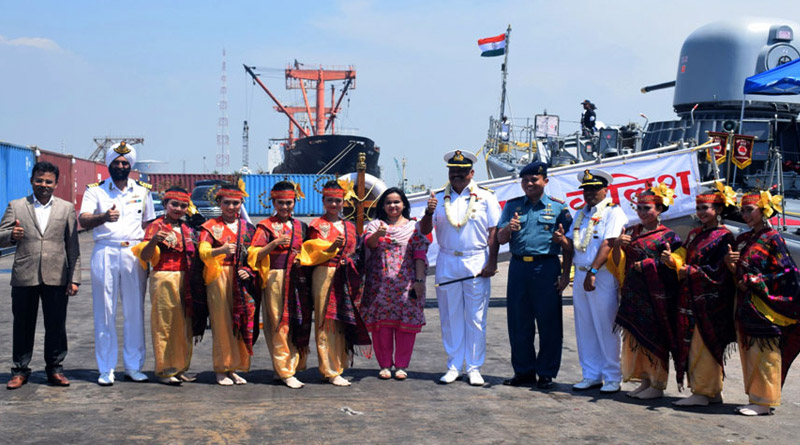 The INS Kulish is a Kora class Missile Corvette commanded by Commander Deepak Bali and a Dornier Maritime Patrol Aircraft of the Andaman and Nicobar Command (ANC) came to Belawan, Indonesia for the closing ceremony of the IND-INDO CORPAT that was earlier conducted from May 24 to May 25 at Port Blair followed by co-ordinated patrol (CORPAT) from May 26 to June 02.

This visit is aimed at underscoring India’s peaceful presence and solidarity with friendly countries towards ensuring good order in the maritime domain. During the stay in harbour, various activities such as official calls, formal reception on board ship, sporting fixture, ship open to visitors and professional interaction between naval personnel of both the nations have been planned

As part of the government’s vision of SAGAR (Security and Growth for All in the Region), the Indian Navy has also been involved in assisting countries

in the Indian Ocean Region with EEZ surveillance, Search and Rescue, HADR and other capacity-building and capability-enhancement activities. Indian Naval assets have been increasingly deployed in recent times to address the main maritime concerns of the region. The current deployment will contribute towards the Indian Navy’s efforts to consolidate inter-operability and forge strong bonds of friendship across the seas.