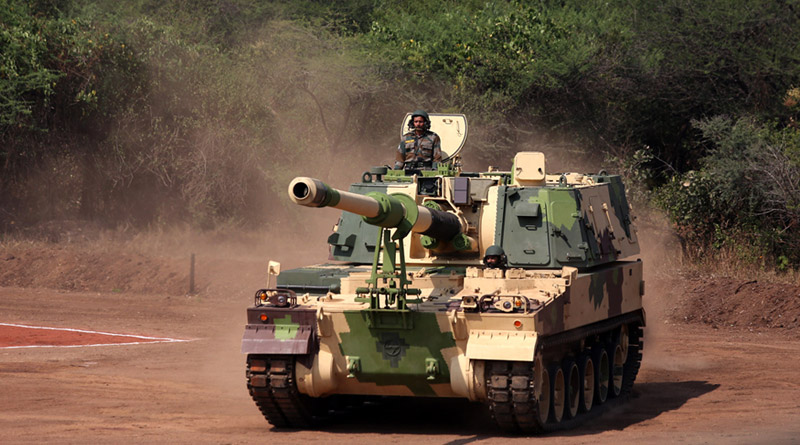 India on 9 November 2018 inducted the first artillery gun system manufactured by the private sector, 155mm/52 calibre, K9 Vajra, into the armed forces, giving a significant boost to the firepower and strike capability of the Indian Army.

The K9 Vajra is a self-propelled gun being inducted into the Indian artillery, being an indigenous variant of the K9 Thunder. The mega gun is being manufactured by Larsen and Toubro (L&T) Defence & Aerospace division, jointly with South Korea based Hanwha Tech Win (HTW), and will be the first artillery gun to be manufactured by Indian private sector.


The deployment of the new gun system is good news for the armed forces, specially stationed in border areas, and gives them unparalleled edge over the adversaries. Coupled with long firing range capabilities, ability to withstand extreme weather and higher accuracy, induction of K9 Vajra is a decisive advantage for India’s border security.

According to Defence Ministry spokesperson, Colonel Aman Anand, the induction of the three gun systems is a commendable achievement in terms of indigenisation and the make in India push of the Indian government.