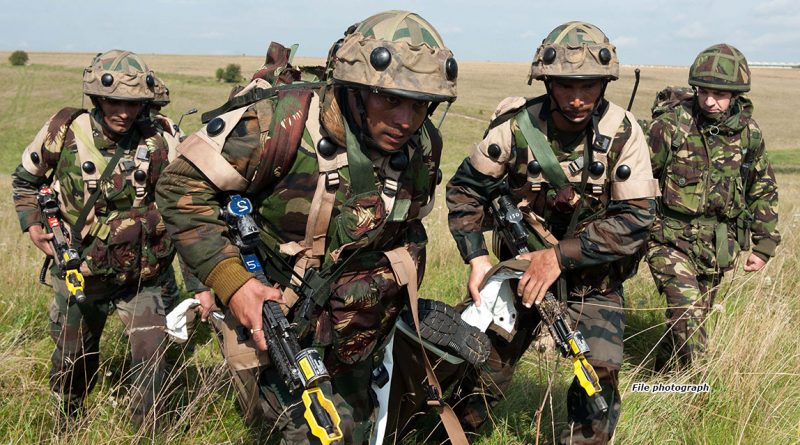 The aim of the exercise is to build and promote bilateral army to army relations and enhance interoperability.

Joint Indo-United Kingdom army training exercise ‘Ajeya Warrior 2017’ will be conducted from December 1 to December 14 at Mahajan Field Firing Ranges, Bikaner. This will be the third joint military exercise between the two countries. The first exercise was conducted in 2013 at Belgaum while the second was held in UK in 2015.

Mahajan Field Firing Ranges in South Western Command has been developed into a training node in the last few years and is being used extensively for carrying out joint exercises with friendly foreign countries.


According to media reports, Defence spokesman Lt Col Manish Ojha said that the participating troops for the exercise from Indian Army are from 20th Battalion, the Rajputana Rifles, while the troops of 1st Battalion, the Royal Anglican Regiment will participate from the Royal British Army.

Approximately 120 army personnel from both the countries will participate in the exercise. The aim of the exercise is to build and promote bilateral army to army relations and enhance interoperability while exchanging skills and experience between the royal British Army and Indian Army. The 20 Rajputana Rifles has extensive experience in countering terrorist operations including deployment in ‘Operation Pawan’ and in Jammu and Kashmir. The 1st Battalion, the Royal Anglican Regiment has seen combat operations in Afghanistan and Iraq. Recently it was involved in training soldiers of other armies in operations against militant groups

Lt Col Ojha said both the sides have prepared themselves well for the aforesaid training activity with a view to extract maximum from it in terms of best practices and joint action. The 14-day exercise with Royal British Army is scheduled to be conducted in multiple modes nodules in order to achieve complete integration between the two contingents at every stage. The exercise will provide field commanders and troops and opportunity to interact with each other in matters professional, social and cultural.