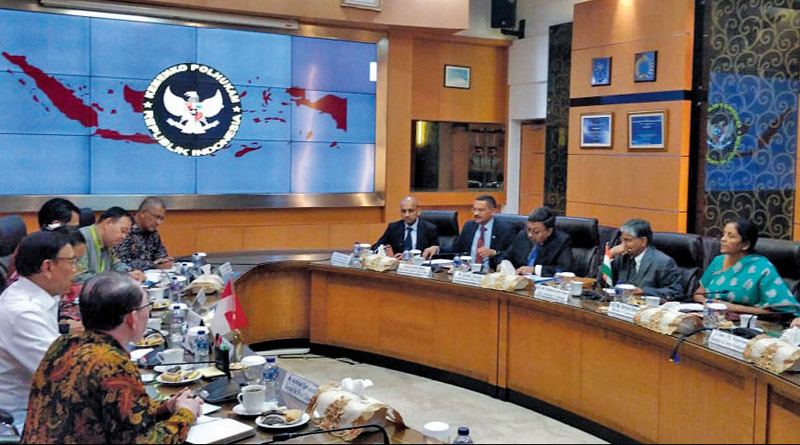 The bilateral defence minister’s dialogue between India and Indonesia successfully concluded in Jakarta on October 23.

This meeting between defence minister Nirmala Sitharaman and her Indonesian counterpart Gen. Ryamizard Rycudu (retd) comes after both the countries have upgraded their bilateral relationship to a comprehensive strategic partnership and have recently concluded a new defence cooperation agreement in May 2018.

Minister Sitharaman reiterated the sustained and mutually beneficial interactions between India and Indonesia as maritime neighbours with a tradition of close political dialogue, economic and trade linkages as well as cultural and people to people interactions between the two nations.


Conveying satisfaction on the military to military interactions, Sitharaman noted that the commencement of bilateral naval and air force exercises, as well as the regular conduct of staff talks between the three Services, sets a strong foundation for bilateral defence cooperation between the armed forces of the two countries. In line with the elevation of the relationship between the two countries to a comprehensive strategic partnership, the two sides discussed areas of enhancing cooperation, including strengthening maritime and coastal security, through improved information sharing and conduct of specialised training courses. India welcomed Indonesia’s support for the proposal to partner in the Malacca Straits Patrol.

Potential areas of cooperation in the field of defence industries and defence R&D were also identified between the two countries. Both the ministers agreed to set up working groups to progress the mutually agreed areas of bilateral defence engagements and desired that these working groups meet at the earliest opportunity in India.