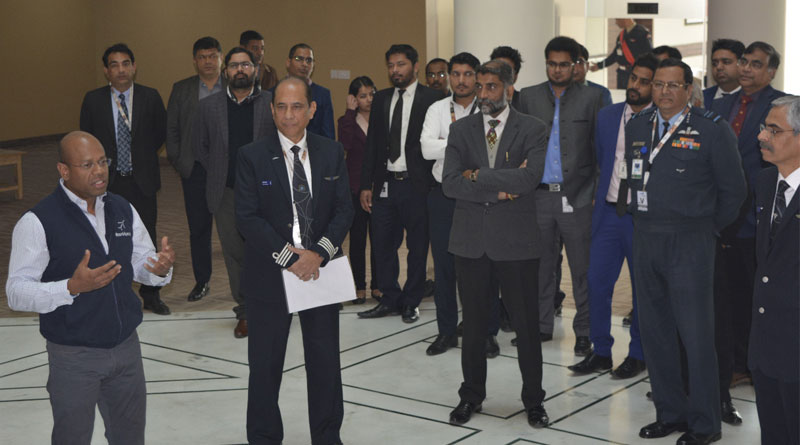 The group consisted of serving as well as veteran officers who had expressed their keenness to understand some aspects of flight operations in an airline.

The group consisted of serving as well as veteran officers who had expressed their keenness to understand some aspects of flight operations in an airline. The visit brought together members of aviation industry and defence forces such as Vice Chief of the Indian Air Force, Air Marshal SB Deo and Aditya Ghosh, President and Whole-time Director, IndiGo.


The visit began with a walkthrough of the facility and was followed by SIM safety briefing and a presentation by IndiGo. Sharing his views, Aditya Ghosh said, “Republic Day represents the true spirit of an independent and democratic India. No one epitomizes the ideals of selfless service, sacrifice and patriotism, more than the Indian Armed Forces. At IndiGo, we are deeply grateful to the brave men and women of the military who defend our freedom. We are indeed honoured today to host some of our most decorated members of all three services, the Air Force, the Indian Army and the Indian Navy at our state of the art flight simulator training facility along with their better halves. I hope everyone has a fun day and experiences firsthand, how much training goes into IndiGo managing its operations with precision. As we prepare once again to celebrate our republic, we at IndiGo see this only as a small token of our appreciation and thank all our brave officers of the armed forces in service of a great nation.”