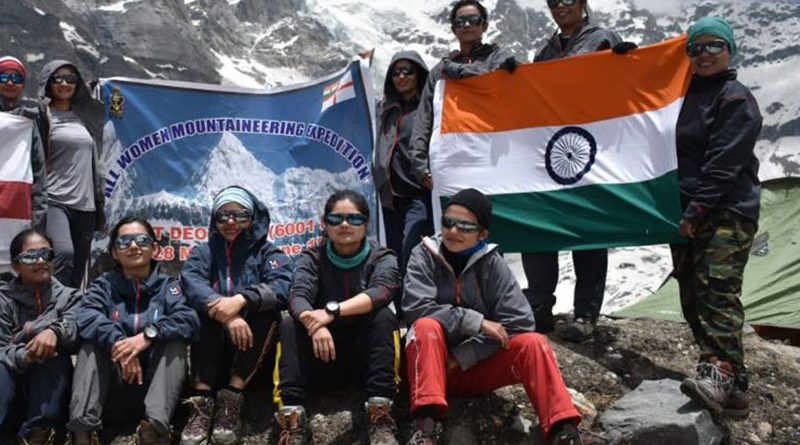 An all women naval mountaineering team led by Lt Cdr Kokila Sajwan summited Mount Deotibba on June 10. The expedition was flagged off by Chief of Personnel Vice Admiral A.K. Chawla on May 28 from New Delhi laying foundation for a team, which would attempt to scale many more challenging peaks in the near future. Mount Deotibba provided excellent opportunity to the team in honing their mountaineering skills.

The team started the trek from the road head (Bara Hazari) to the base camp at an altitude of 4,250 metres through Chikka and Seri. They advanced towards the summit through advance base camp at 4,700 metres and the summit camp at 5,250 metres. Displaying exemplary courage and esprit de corps, the team battled extreme weather conditions including white outs and heavy snowfall accompanied by strong winds. After a strenuous push of about 12 hours of climbing, the team summited the peak at 1300 hours on June 10.