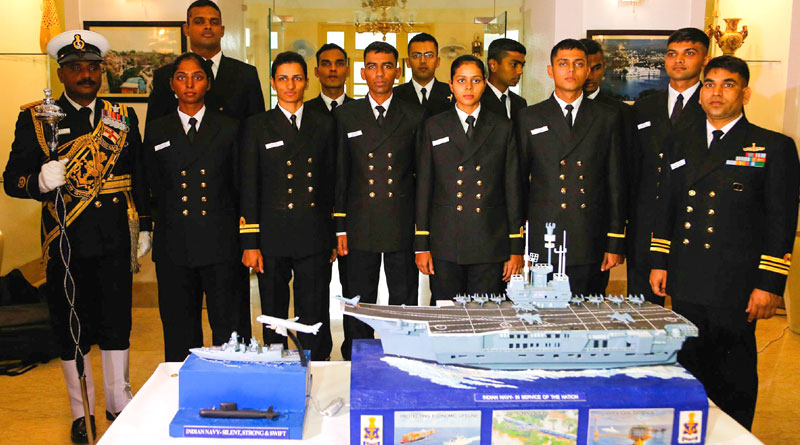 The forward part of the tableau showcases the might and fire power of Navy in all 3 dimensions — surface, sub-surface and air

The tableau of the Indian Navy, to be showcased at the Republic Day Parade on January 26, 2020 at Rajpath, was unveiled on Wednesday in New Delhi. The tableau is in pursuance of the Navy Week theme ‘Indian Navy – Silent, Strong, and Swift’.

According to a statement from the Ministry of Defence, the forward part of the tableau showcases the might and fire power of Navy in all three dimensions — surface, sub-surface and air. This is portrayed through models of state-of-the-art assets like Boeing P8I Long Range Maritime Patrol aircraft with Harpoon missiles, Kolkata class Stealth Destroyer displaying a Brahmos launch and Kalvari Class Submarine launching the Exocet missile.

On the trailer, the tableau showcases the indigenous aircraft carrier Vikrant under construction at Cochin Shipyard Limited, along with its complement of MiG 29K Fighter Aircraft.


This not only depicts the strength of the Indian Navy but is representative of the Navy’s total commitment to the ‘Make in India’ initiative of the Government, the statement added.

The benign role of the Navy in terms of safeguarding offshore economic assets as well as rendering humanitarian assistance and disaster relief is portrayed through the murals on the sides.

Overall, the tableau aims to showcase the Navy as a credible and combat ready military force, which in service of the nation, protects its economic assets and provides succour to its populace in times of crisis and natural calamities.