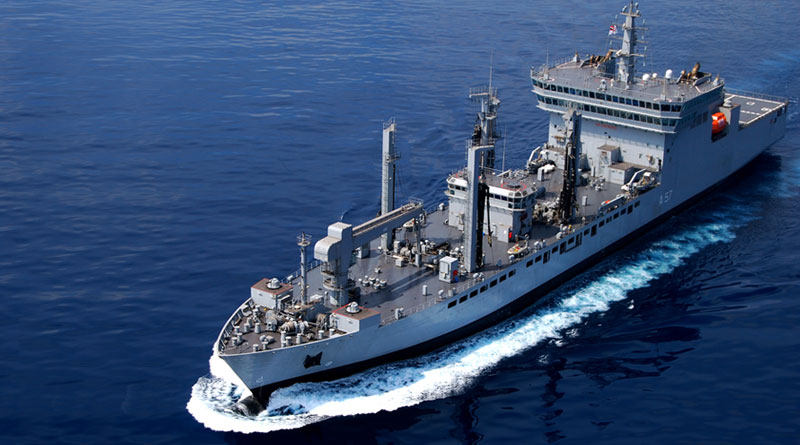 Indian Navy Ships Kolkata and Shakti are scheduled to arrive Qingdao, China on April 21 to participate in the International Fleet Review.

IFR also serves as an ideal platform for world’s navies to showcase their prowess and indigenous ship designing and ship building capabilities in a global/ international arena. The second International Fleet Review conducted by India off Visakhapatnam in Feb 2016 saw overwhelming participation of 50 navies with nearly 100 warships.

The Indian Navy would be represented in the IFR at Qingdao by indigenously built stealth guided missile destroyer INS Kolkata and fleet support ship INS Shakti. INS Kolkata is equipped with state-of-the-art weapons and sensors to address threats in all dimensions of naval warfare.


INS Shakti, a replenishment ship, is one of the largest tankers displacing over 27,000 tonnes and capable of carrying 15,000 tonnes of liquid cargo and over 500 tonnes of solid cargo including food, provisions and ammunition.

The harbour stay of IN Ships will be marked by interaction between personnel of participating navies, courtesy calls to various dignitaries of PLA (Navy) and Government officials, professional exchanges and various sporting events. Ships will be opened for visits by PLA (Navy) personnel and local populace to showcase Indian Navy’s prowess and India’s ship building capability.

The ships are likely to sail in the evening of 22 APRIL to participate in the Naval Parade of ships scheduled to be reviewed by the Chinese President Xi Jinping on 23 April.