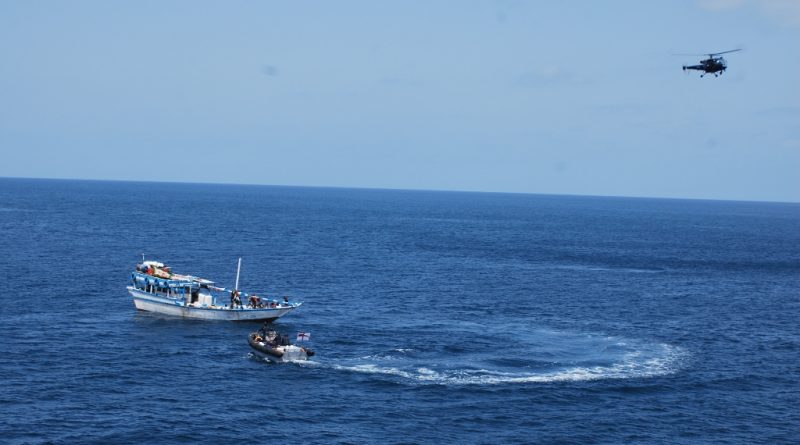 On October 6 a piracy attempt on the high seas was foiled by an Indian Naval warship.

INS Trishul a stealth frigate of the Indian Navy whilst on Anti-piracy patrol in the Gulf of Aden, was escorting a merchant vessel MV Jag Amar when she detected a boat carrying out suspicious manoeuvers in the vicinity of the merchant ship.

INS Trishul closed the boat for investigation and launched her integral helicopter to investigate. The skiff was carrying items identified as piracy triggers and some small arms with ammunition. Marine commandos boarded the pirate boat and neutralised all piracy triggers in accordance with Standard Operating Procedures. The merchant vessel Jag Amar with all 26 Indian crew was safe and continued her passage. The skiff and her crew were released later.