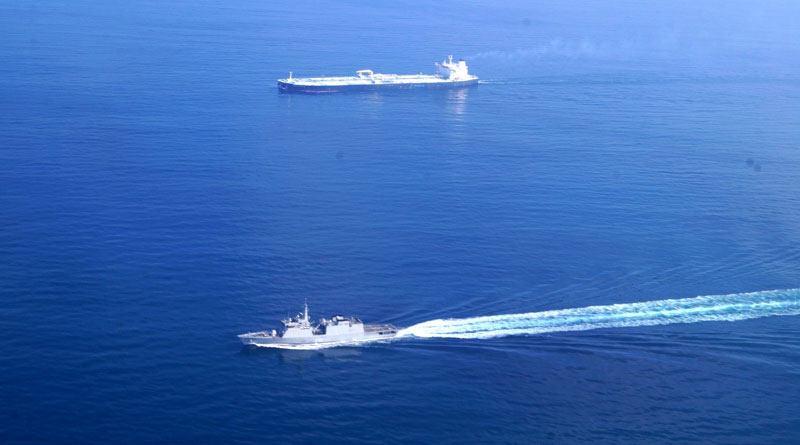 As a part of its maritime security operations, Navy has deployed warships in the Gulf region to ensure safety of India’s sea-borne trade and respond to any emergent crisis in backdrop of escalating tensions between Iran and the United States.

“Indian Navy warships and aircraft were deployed to establish presence, provide a sense of reassurance to the Indian merchantmen, monitor the ongoing situation and respond to any emergent crises. One war ship is presently deployed for Operation SANKALP,” a statement from the Navy read.

A significant amount of sea trade passes through the gulf, leading to heavy traffic in the region.

Following the attacks on merchant ships in the Gulf of Oman in June 2019, Indian Navy had commenced maritime security operations, code named Op SANKALP, in the Gulf Region on 19 June 2019 to ensure safe passage of Indian Flag Vessels transiting through the Strait of Hormuz.


The operation is being progressed in close coordination with all stakeholders including Ministry of Defence, Ministry of External Affairs, Ministry of Shipping, Ministry of Petroleum and Natural Gas and DG, Shipping.

Regular inter-ministerial meetings have been held to review the evolving maritime security situation in the Gulf region, the statement added.

On Wednesday, Iran launched missiles at two US bases in Iraq in retaliation to the killing of senior Iranian General Qasem Soleimani last week.