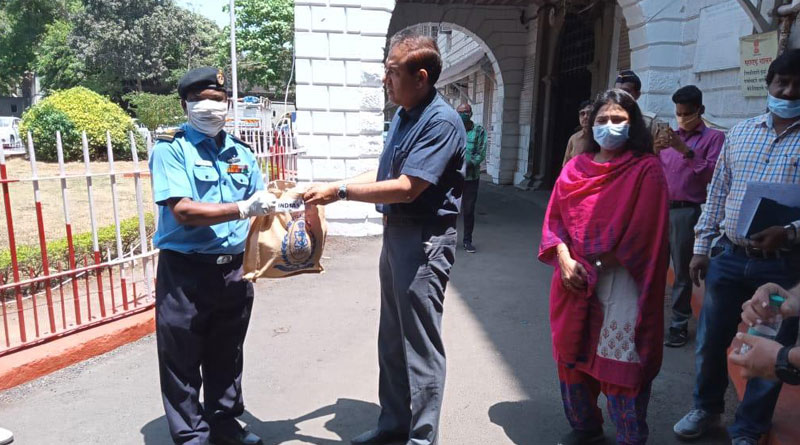 On April 8, an additional 500 ration packets were provided to the local authorities and also distributed amongst the stranded construction workers at Kamathipura area

The Indian Navy provided ration packets with basic food items to the State government for the stranded migrant labourers during the ongoing COVID19 pandemic on April 4 and 8.


On April 3, the office of the District Collector for Mumbai City had requested the Navy to assist in providing relief to the large number of migrant labourers who are stranded in the lockdown. It was on this request that the Western Naval Command arranged around 250 ration packets on April 4.

“The packets contained adequate quantities of food items and these were handed over to the local authorities near Musaafir Khana and at the Collector Office near Asiatic Library. Distribution points were set up at Cuffe Parade and Kalba Devi,” according the press release.