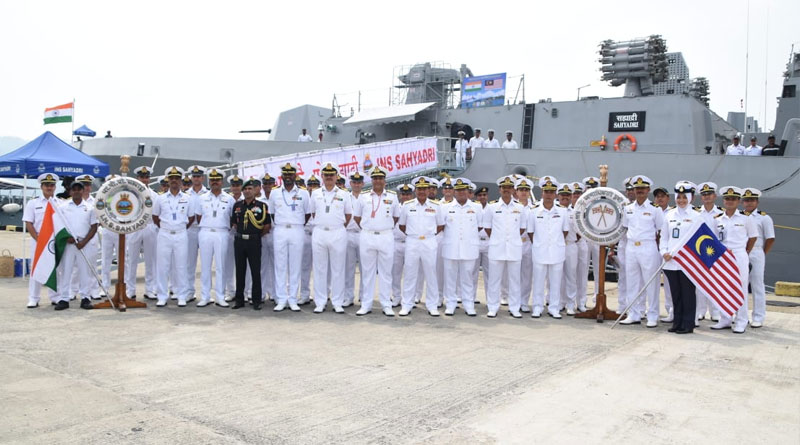 During the port call, the Indian Navy and the Royal Malaysian Navy would be participating in the bilateral exercise Samudra Laksamana

As part of Indian Navy’s Overseas Deployment to South East Asia and Western Pacific, Indian Navy ships, Sahyadri and Kiltan, made a port call at Kota Kinabalu, Malaysia on September 12. The ships are part of the Indian Navy’s Eastern Naval Command under the Flag Officer Commanding-in-Chief, Eastern Naval Command, based at Visakhapatnam, and the visit will last from 12 to 15 September 2019. The port call is a demonstration of India’s warm ties with Malaysia, a press release by the Indian Navy said.

“IN Ships Sahyadri and Kiltan, operating under the command of RAdm Suraj Berry, Flag Officer Commanding Eastern Fleet, are the latest, indigenously designed and built multi-role ships of the Indian Navy,” the Indian Navy statement said. “The two ships are equipped with a versatile array of weapons and sensors, can carry multi-role helicopters and represent the ‘coming of age’ of India’s warship building capabilities,” it added.


During the port call, the Indian Navy and the Royal Malaysian Navy would be participating in the bilateral exercise Samudra Laksamana. The exercise would include a harbour phase wherein professional interactions, official calls, social engagements, visits by the local populace and various sports events would be conducted. The sea phase of the exercise would enable the two navies to further hone their skills in order to enhance interoperability between the navies to ensure peaceful and secure seas for all.

“The visit of the Indian Navy ships would further bolster the strong bonds of friendship between the two countries and contribute to the security and stability in the region,” the statement added.