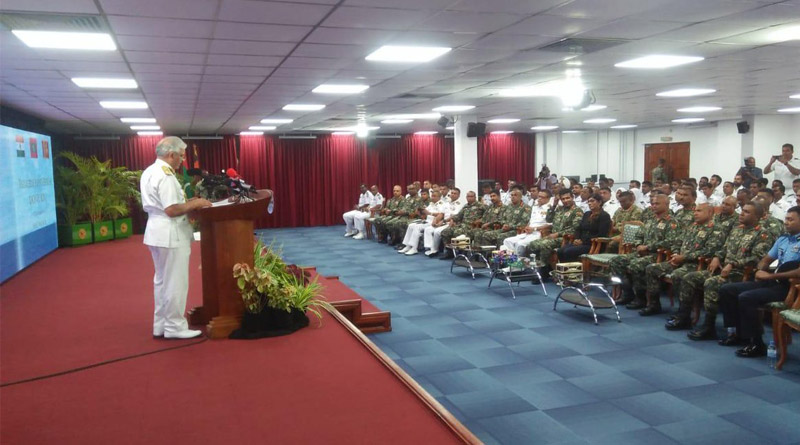 The Indian Coast Guard (ICG) is participating in an exercise with Maldivian, Sri Lankan Coast Guards since November 26

The exercise titled ‘DOSTIXIV’ is India’s first defence engagement with Maldives since Ibrahim Mohamed Solih took over as President of the tiny tropical nation.

It must be noted that the Sri Lanka vessel taking part – SLCGS Raksha and Maldivian Coast Guard Ship (MCGS) Huravee were both formerly Indian Coast Guard vessels. Huravee recently underwent a four-month long refit at the Naval Dockyard in Visakhapatnam and was handed over earlier this month.

This exercise will be watched closely by regional navies as Maldives under President Ibrahim Mohamed Solih and Sri Lanka under Prime Minister Mahinda Rajapaksa, are slowly gravitating towards India despite the fact that Rajapakse had once granted the Chinese a foothold in Sri Lanka.