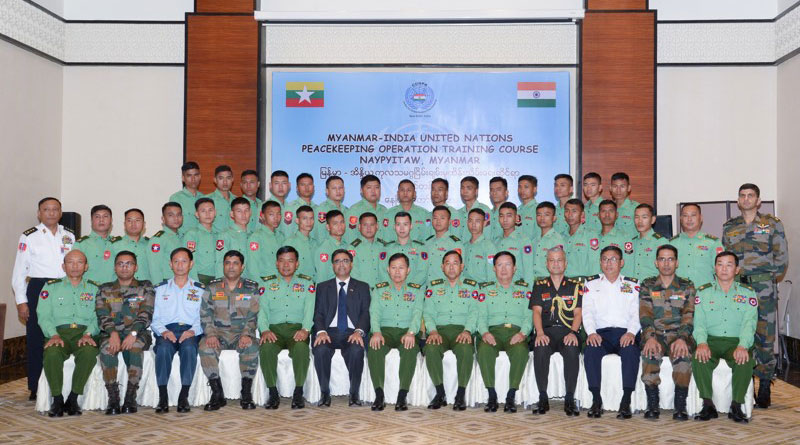 A total of 30 selected officers and soldiers of Myanmar Army will be attending this training to enhance Myanmar Army’s capacity.

A four member Indian Army delegation arrived at Naypitaw in Myanmar to impart training on UN Peacekeeping Operations to Myanmar Army. The training will be conducted over two weeks from February 5 onward. This is the fourth edition of such a training event.

The two week capsule aims at covering nuances of United Nations deployment and operations, with an objective to enhance Myanmar Army’s capacity towards undertaking UN assignments in near future.


In the recent past, conduct of joint training has been aimed at fostering better ties with countries in India’s immediate neighborhood.

A total of 30 selected officers and soldiers of Myanmar Army will be attending this training.