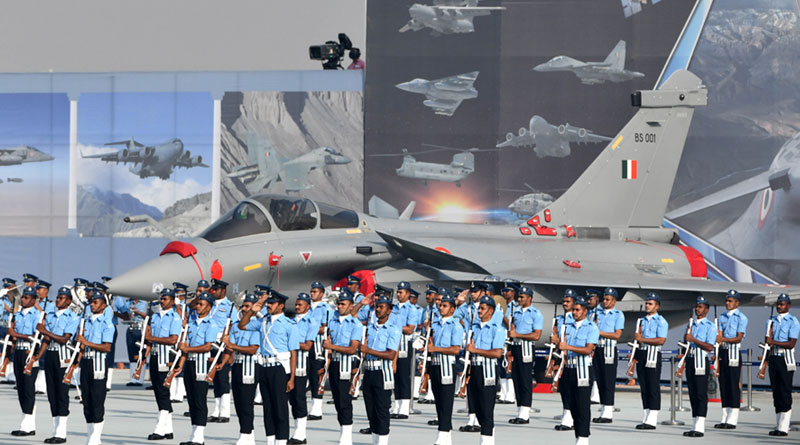 In his speech, he assured the country that the IAF will evolve and be ever ready to safeguard India’s sovereignty and interests. 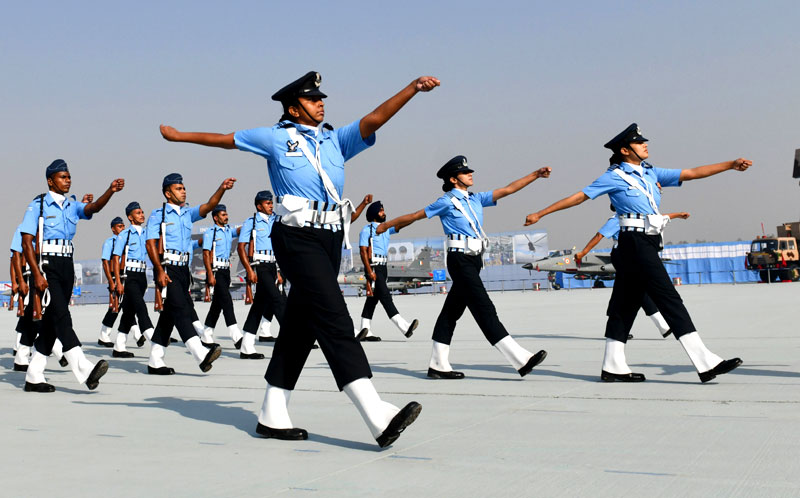 “I commend all air warriors for a quick response in the recent standoff on the northern frontiers, when we deployed our combat assets at short notice to handle any eventuality and provided proactive support to all requirements of deployment and sustenance for Indian Army. We have clearly demonstrated our resolve, our operational capability and the will to effectively engage the adversary, should the need arise,” he said.

Chief Marshal Bhadauria added that the emerging security scenario mandated a greater need to have a strong air force, to fight across the entire spectrum of the warfare. He further spoke about the IAF’s vision for the decade which was to continue to ‘comprehensively’ scale up combat capability and be a ‘force to reckon with’ across the entire sphere of influence by the way of careful structuring of the force, modernisation, operational training and acquisition of indigenous equipment.


He mentioned that the recent inductions such as Rafale, Apaches and Chinook are an addition to IAF’s combat capability and that the upgradations of existing aircraft with weapon systems and sensors have also further enhanced capabilities.

The Air Chief said that the IAF, as it entered the 89th year, was undergoing a transformational change and that we were entering an era which would redefine where we employ aerospace power and conduct integrated multi-domain operations. He also lauded the ‘tenacity and resolve’ undertaken by air warriors during the Covid19 pandemic. 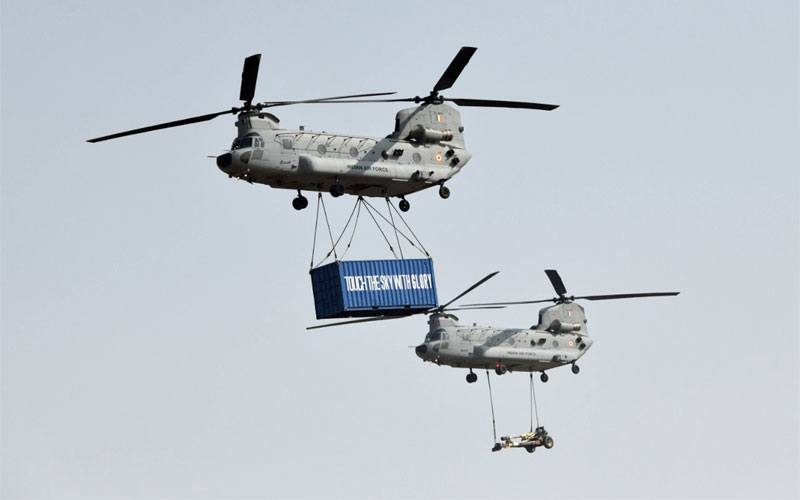 Before the speech, Chief Marshal Bhadauria presented gallantry awards. The speech was followed by a fly past. The event commenced with Akash Ganga skydiving team’s performance.

The fly-past, overall had an indigenous mood to it, as the IAF seeks to induct more Indian-made equipment. Rudra-ALH Mk IV, Sarang ALH, LCA Tejas and Dornier were the Indian aircraft to fly past.  Other aircraft included Rafale, Chinook, Apache, Su-30 MKI, C17 and C130J among others. 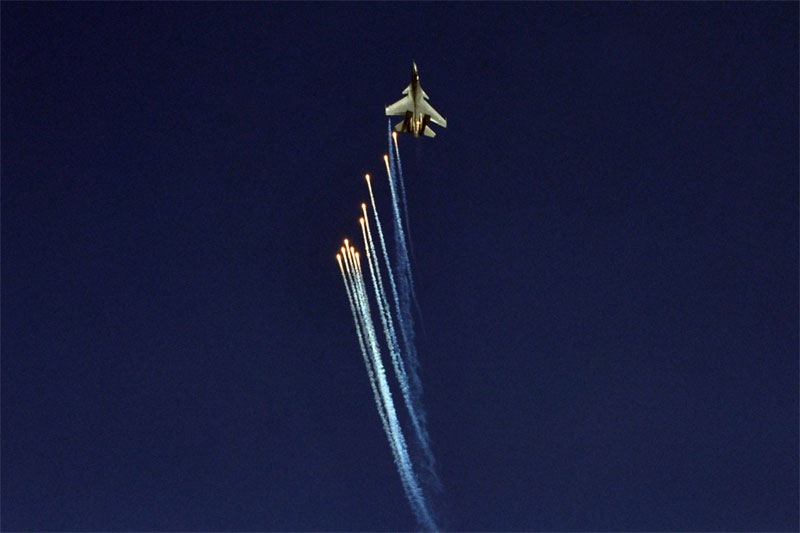 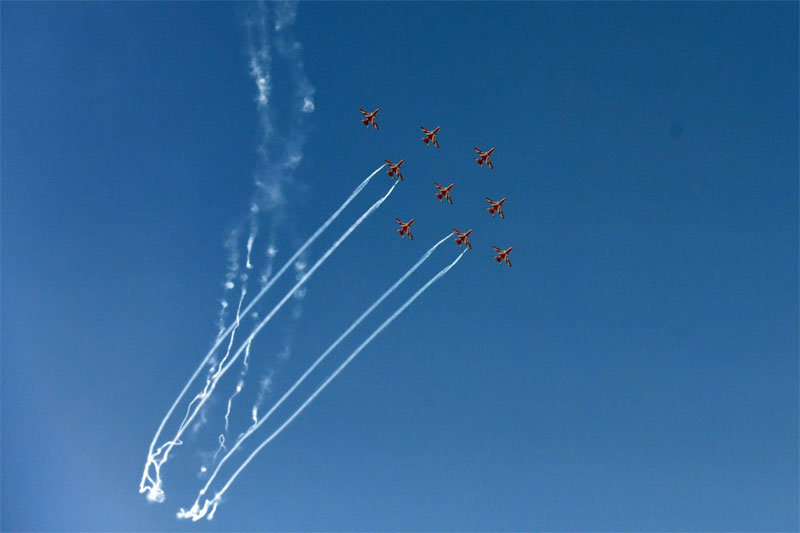 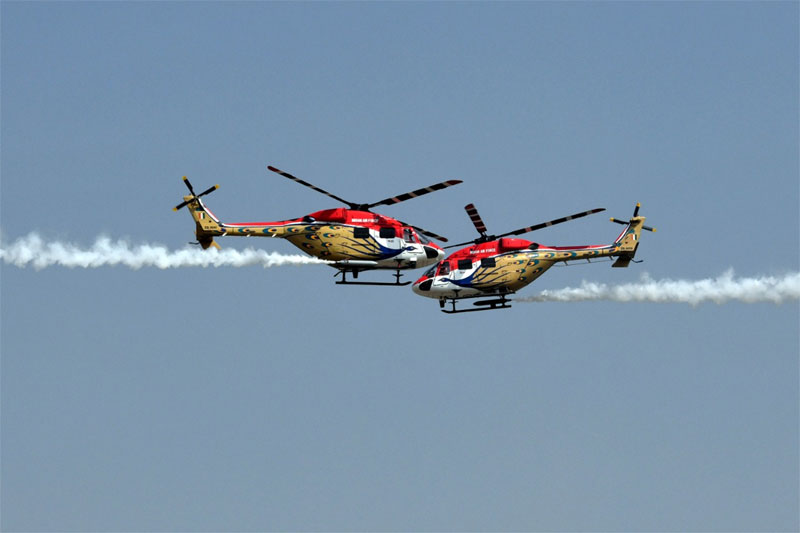