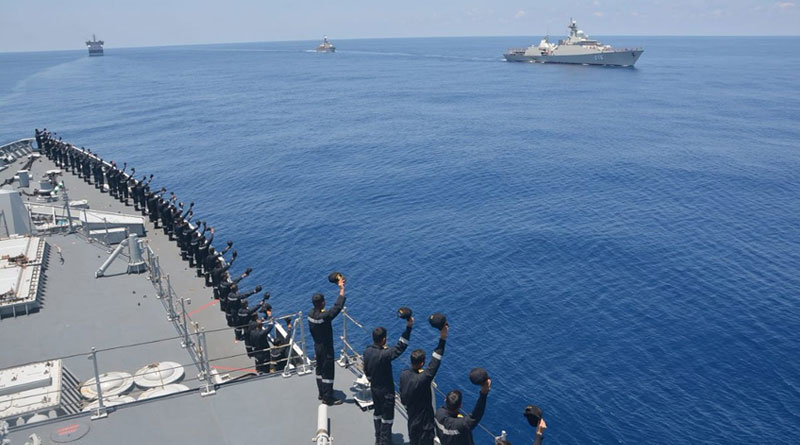 The maiden edition was conducted from May 21 to May, 2018 at Da Nang, Vietnam. The exercise was undertaken as a part of the ongoing Overseas Deployment of Eastern Fleet ships to South East Asian countries.


The Indian Navy and the Vietnam Peoples’ Navy have traditionally shared good relations. The conduct of the bilateral exercise on an annual basis would give a further fillip to the existing strong bilateral relation between the two countries. Since Sep 16 ties between the two countries have been elevated to the level of ‘Comprehensive Strategic Partnership’ after the visit of PM Narendra Modi to Vietnam.

The Navy to Navy cooperation involves a Composite Training Programme in the fields of Submarine, Aviation and Dockyard training. The two countries have also signed an agreement to exchange White Shipping Information and have a running ‘Information Sharing’ programme.