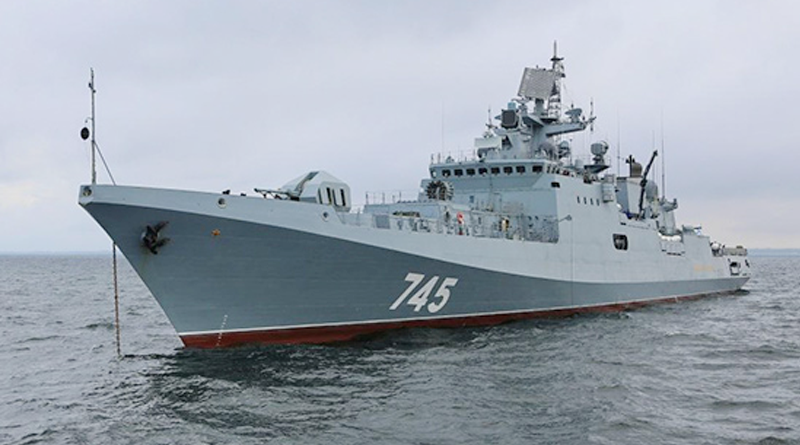 Following the approval from the Cabinet Committee on Security (CCS), India signed the final contract with Russia for acquiring two stealth guided-missile frigates of Admiral Grigorovich-class (Project 11356) for USD 950 Million

The two frigates of the Project 11356 class will be bought directly from Russia and a contract to build two more at an Indian yard is likely to be signed at a later stage. These frigates will be more advanced technologically and will be equipped with the sea-launch version of the BRAHMOS cruise missile system instead of 3M-54E Klub-N anti-ship missiles. The first two of the four frigates will come from directly from the Yantar shipyard at Kaliningrad in Russia. The delivery will be spread over four years. Currently, the Indian Navy operates six of the Talwar-class frigates. The two new frigates are expected to add more strength to the Indian Navy in the Indian Ocean Region.


The ships of the Admiral Grigorovich-class are powered by M90FR gas turbines designed and built by Zorya-Mashproekt in Ukraine, however, due to the crisis in Russia-Ukraine relations following the 2014 conflict, the frigates will come to India without the engines. India will most likely get the propulsion directly from Ukraine and it will be fitted at the Goa Shipyard (GSL). However, Russia is already working on indigenous engines as a replacement for the Ukraine made turbine engines.

The 3,620-ton Admiral Grigorovich-class is an upgraded variant of the six Talwar-class frigates that Russia built for the Indian Navy between 2003 and 2013.