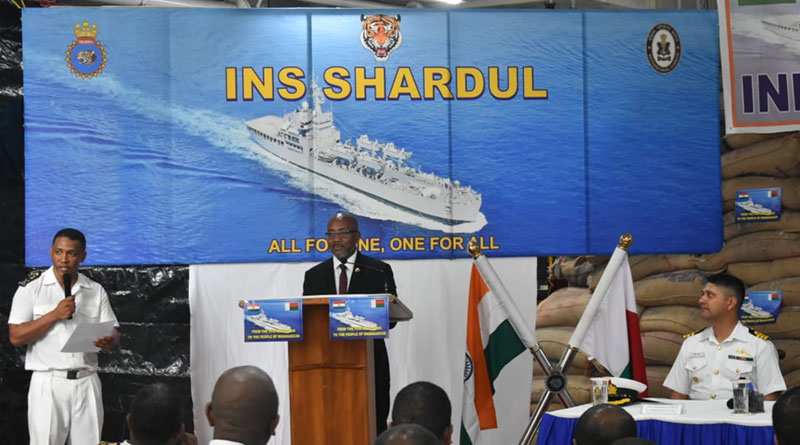 The ship was carrying 600 tonnes of rice as per directives of the Government of India.


The ceremony was attended by the Madagascar Foreign Minister, Dr Tehindrazanarivelo Djacoba and various high ranking officials from the Madagascar Defence forces and civilian organizations. The Indian side was represented by the Ambassador of India to Madagascar Abhay Kumar and the ship’s Commanding Officer, Cdr Abhishek Pathak.

The Foreign Minister of Madagascar appreciated the assistance provided by India and the Indian Navy. He described India as a true friend who is always there during the time of need. He wished that the ties between the two countries will reach newer heights in the days to come.