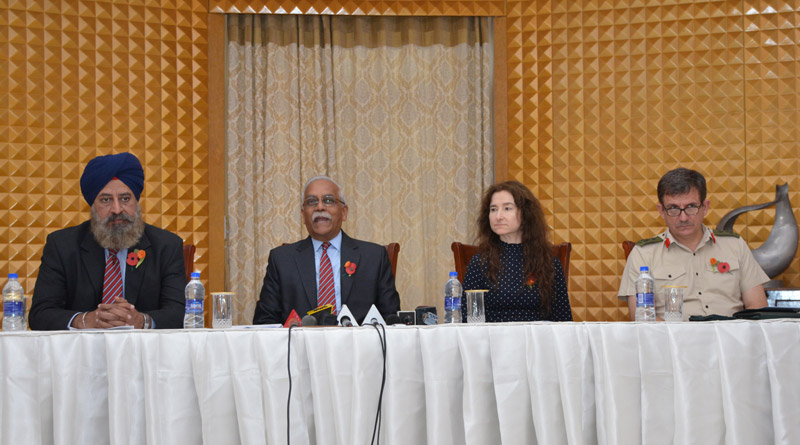 The fact that India had worked hard to win recognition for the stellar role played by its army during World War I (WWI) was stressed upon by Lt Gen. P.K. Singh (retd), director of the defence and national security think-tank, United Service Institution of India (USI), at a press conference held in New Delhi recently. He said that India is now in the process of identifying locations across European cities where Indian soldiers fought and building memorials to popularise their role in the Great War.

Speaking at the presser, which was held to mark the centenary of World War I, Singh said that the French authorities were very keen for India to erect a monument celebrating the achievements of Indian soldiers in WWI. He said that the USI is collaborating with travel agencies to boost battlefield tourism and make the historical war locations more popular across the world.

Union minister of external affairs, Sushma Swaraj, had in June this year announced the construction of the war memorial, through the USI, at Villers Guislan, a town about 200 km from Paris. This memorial was being built to honour the sacrifice of the Indian forces during the war. It is scheduled to be inaugurated on 10 November 2018.


Sq. Ldr Rana T.S. Chhina (retd), secretary USI, and member USI-MEA Steering Committee overseeing the centenary commemorations, said, “It’s not true that the war did not benefit India in any way. In fact, when the war ended and the British authorities reneged on their promise of self-rule or dominion status, it fuelled a renewed cry for the fight against the British rule. The war acted as a catalyst for the freedom struggle that ultimately helped India to gain her freedom.”

Chinna said the USI in association with the government is actively campaigning to identify the descendants of WWI, both in India and Pakistan, to recognise and felicitate them.

WWI saw the participation of about 1.3 million Indian soldiers and about 74,000 of them lost their lives. The Indian contribution towards the expenditure of the war, supplies and equipment that caused considerable strain on the national resources, were colossal.