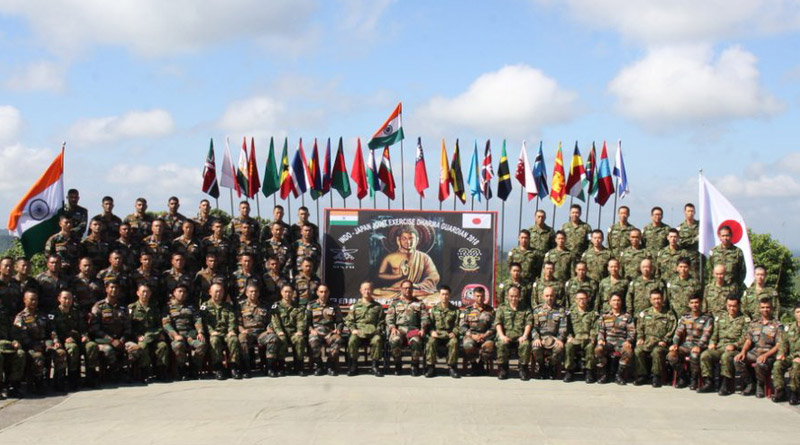 Exercise Dharma Guardian 2018, the first ever land-based joint-military exercise between India and Japan, concluded on November 14. The two-week long exercise commenced on November 1 at the Counter Insurgency and Jungle Warfare School in Vairengte, Mizoram. The Indian contingent was represented by the 6/1 Gorkha rifles while their Japanese counterparts were represented by the 32nd Infantry Battalion of the Japanese Ground Self-Defence Force (GSDF).


While military interactions between the two countries have been primarily in the naval domain, this land-based exercise was geared towards equipping and training contingents to undertake joint counter-insurgency and counter-terrorist operations in urban and semi urban terrains. The exercise between the Indian Army and the GSDF witnessed joint training on weapons and equipment, field training exercises and handling of improvised explosive devices (IEDs).

An official statement released by the Indian Army said “Commanders at various levels from both sides were exercised to work in close coordination to receive and collate information jointly, plan operations and issue suitable orders to respective integrated groups. The exercise provided an ideal platform for both contingents to share their operational experience and expertise while also instrumental in broadening the interoperability and cooperation between armies of India and Japan.”