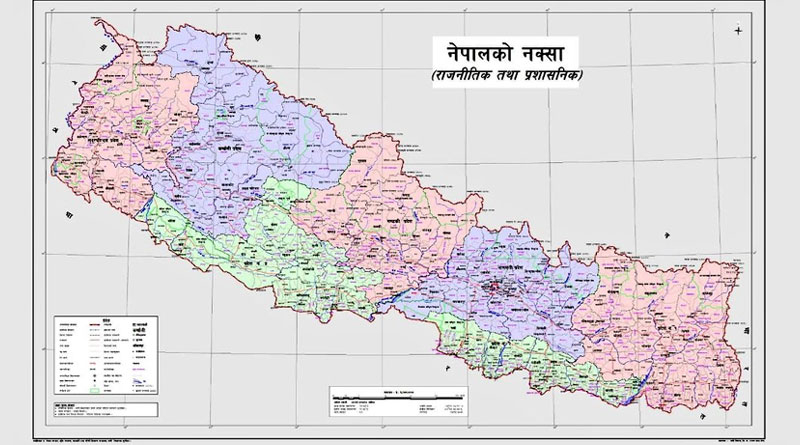 India on 20 May 2020 asked Nepal to refrain from “unjustified cartographic assertion” adding that such artificial enlargement of territorial claims will not be accepted.

New Delhi’s reaction came hours after the government of Nepal had released a revised (official) map of the country depicting Lipulekh, Kalapani and Limpiyadhura as part of Nepalese territory escalating the ongoing diplomatic tensions between the two countries.

“This unilateral act is not based on historical facts and evidence. It is contrary to the bilateral understanding to resolve the outstanding boundary issues through diplomatic dialogue. Such artificial enlargement of territorial claims will not be accepted by India,” official spokesperson of the Ministry of External Affairs (MEA) Anurag Srivastava said.


“Nepal is well aware of India’s consistent position on this matter and we urge the Government of Nepal to refrain from such unjustified cartographic assertion and respect India’s sovereignty and territorial integrity,” he added.

Nearly six months ago, India had issued a new political map showing Kalapani as its own territory (as part of Uttarakhand’s Pithoragarh district).

Nepal says the Kalapani boundary issue has been on the bilateral agenda for decades.

On 8 May 2020 defence minister Rajnath Singh opened an 80-km road that ends at Lipulekh Pass on the border with China triggering the diplomatic row between the two countries. Kathmandu had objected to New Delhi inaugurating this link road.

On 15 May 2020, Army Chief General M.M. Naravane said that Nepal’s protest against the newly-built Indian road in Uttarakhand up to Lipu Lekh pass on the China border, was at “someone else’s behest”, alluding to China.

However, Chinese Foreign Ministry said that the Kalapani issue is between India and Nepal.

“The issue of Kalapani is between Nepal and India. We hope the two countries will resolve their differences properly through friendly consultations and refrain from taking any unilateral action that may complicate the situation,” said Zhao Lijian, spokesperson for the Chinese Foreign Ministry, in response to a question at a regular press briefing.