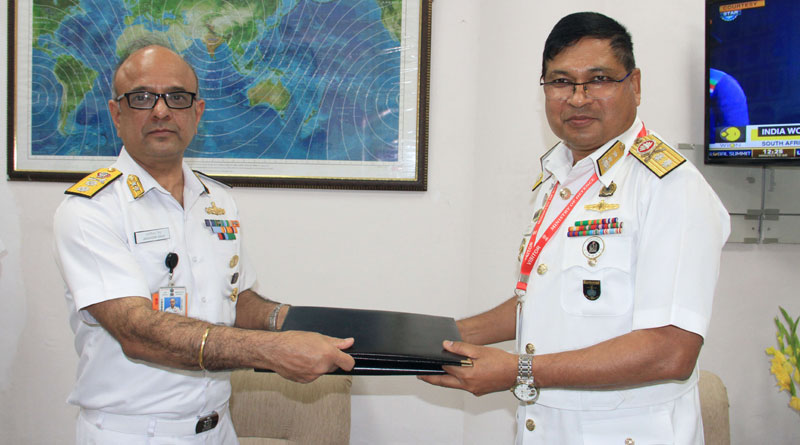 A press statement from the Indian Navy stated, “India and Bangladesh are jointly celebrating the Golden Jubilee Celebrations of victory in Bangladesh Liberation War and 1971 War this year. A host of joint activities have been conducted which include reciprocal ship visits by both Navies, participation in Republic Day Parade 2021 at New Delhi by Bangladesh Armed Forces Contingent and participation of BN delegation in Indian Ocean Naval Symposium (IONS) Working Group on Information Sharing and Interoperability at New Delhi in February 2021.”

In March 2021, two tri-service delegations from Indian Armed Forces are participating in carriage of ‘Victory Day Flame’ through the battlefields of the 1971 war and ‘Independence Day Celebrations’ in Bangladesh.