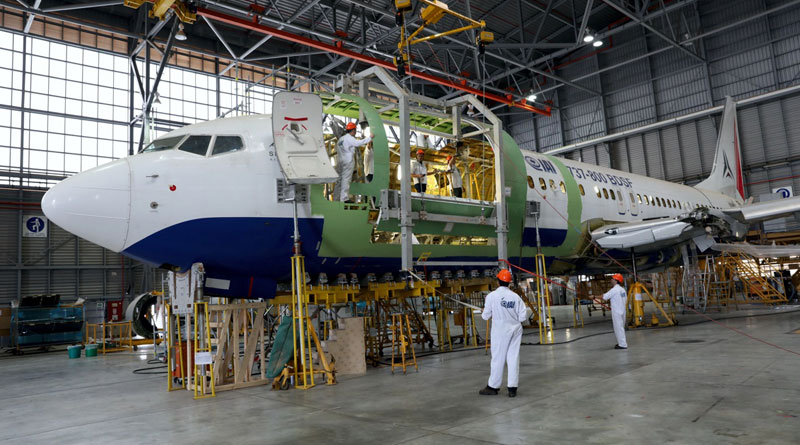 As Corona Virus has rendered Cargo aircraft the most relevant in recent times, Israel Aerospace Industries (IAI) announced today that the Federal Aviation Administration (FAA) of the United States and the Civil Aviation Authority of Israel (CAAI) have certified IAI’s Aviation Group’s conversion of Boeing B737-800 aircraft from passenger to cargo configuration.

The Aviation Group has now delivered the first two converted aircraft of this model.

With the COVID-19 crisis forcing many airlines into halting passenger service, the demand for cargo flights, crucial to the delivery of medical supplies, medicines, food, and other necessary equipment, has been rising.

As per the press release, “Founded in January 2019, the Aviation Group consolidated all of IAI’s activities involving manned aircraft, both military and civilian, into one business unit. It is one of the few facilities in the world that specializes in converting passenger aircraft into cargo configuration. The Group handles both wide-body and narrow-body aircraft, which are operated by some of the world’s largest shipping companies, such as Amazon and DHL.”


IAI EVP and General Manager of the Aviation Group, Yossi Melamed, said, “IAI is excited to receive the FAA’s certification for converting B737-800s, and we thank both the FAA and the CAAI. We have witnessed increased demand for cargo aircraft in recent years. Being able to convert additional models will help us meet the demand. I would like to thank our partners at the Haite Group in China for their trust in IAI. In addition, IAI sends our best wishes to all airlines impacted by the COVID-19 crisis, and hope they will resume all their flights soon.”