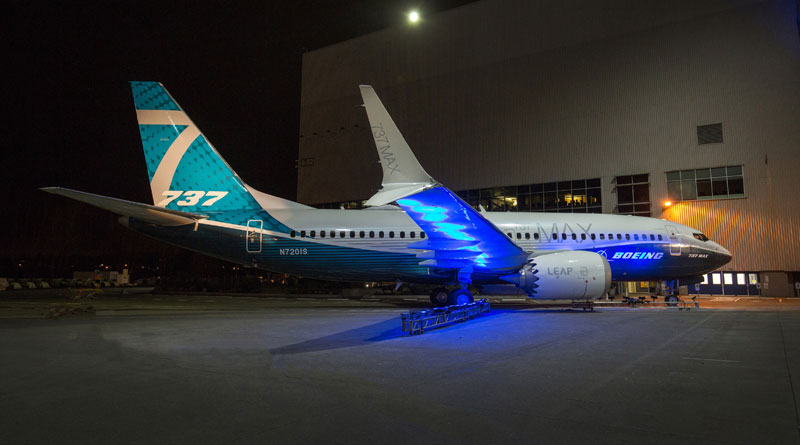 Purchase would include 737 MAX 8 and MAX 10 jets; new aircraft to be deployed across International Airlines Group, including Vueling, LEVEL

One of the world’s largest airline groups announced June 19 it plans to build its future fleet with the Boeing 737 MAX with an intention to purchase 200 MAX jets. International Airlines Group (IAG) and Boeing said the two companies have been in discussions regarding the opportunity and signed a letter of intent at the Paris Air Show in a deal that would be valued at more than USD 24 billion, per list prices.

IAG is the parent company of Aer Lingus, British Airways, Iberia, Vueling and LEVEL that fly more than 113 million passengers a year combined. The group has been a long-time operator of Boeing twin-aisle airplanes. Earlier this year, IAG group committed to and finalised a major order for Boeing’s newest long-haul model, the 777X, to complement its fleet of current-generation 777s and new 787 Dreamliners. In the single-aisle segment, IAG and its affiliates used to operate Classic 737 aircraft. Today, its fleet is almost exclusively Airbus A320 family aircraft. IAG CEO Willie Walsh has said the group would consider the 737 MAX as part of diversifying its future fleet to spur competition.


“We’re very pleased to sign this letter of intent with Boeing and are certain that these aircraft will be a great addition to IAG’s short-haul fleet,” said IAG chief executive, Willie Walsh. “We have every confidence in Boeing and expect that the aircraft will make a successful return to service in the coming months having received approval from the regulators,” he added.

In selecting the 737 MAX, IAG says it will fly a combination of the 737 MAX 8, which seats up to 178 passengers in a two-class configuration, and the larger 737 MAX 10 jet, which can accommodate as many as 230 passengers. The airline did not disclose a specific split between the two MAX models, though it anticipates deploying the aircraft at a number of the group’s airlines including Vueling and LEVEL.

When a final agreement is reached, it will be posted to Boeing’s Orders & Deliveries website.

“We are truly honoured and humbled by the leadership at International Airlines Group for placing their trust and confidence in the 737 MAX and, ultimately, in the people of Boeing and our deep commitment to quality and safety above all else,” said Boeing Commercial Airplanes President & CEO Kevin McAllister. “We are delighted that the IAG team recognised the superior qualities of the 737 MAX and has indicated an intention to return to the Boeing 737 family. We look forward to building on our long-standing partnership with IAG for many years to come,” he said.

The 737 MAX incorporates the latest technology CFM International LEAP-1B engines, Advanced Technology winglets and other improvements to deliver the highest efficiency, reliability and passenger comfort in the single-aisle market. The 737 MAX is 14 percent more fuel-efficient than today’s most efficient Next-Generation 737s, and 20 percent better than the original Next-Generation 737s when they entered service.

IAG is one of the world’s largest airline groups with 582 aircraft flying to 268 destinations, carrying 113 million passengers in 2018.