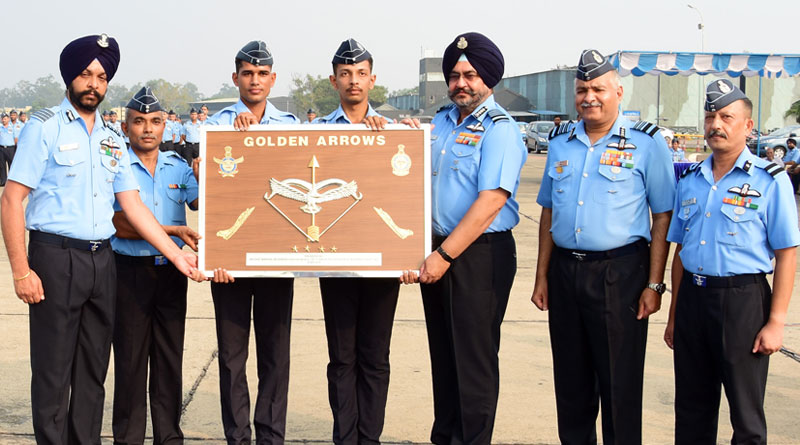 The Indian Air Force on September 10 resurrected the 17 Squadron (Golden Arrows), based at Air Force Station Ambala. Being one of the most decorated units of the IAF, the 17 Squadron will fly the country’s first fleet of Rafale jets. The first batch of Rafale jets are expected to be handed over to the IAF from 8 October 2019 in France, in presence of the defence minister Rajnath Singh.


“17 Squadron was formed at Ambala on 1st October 1951 under the command of Flight Lieutenant DL Springett and was then equipped with Harvard-II B aircraft. By November 1955, Squadron converted fully to De Havilland Vampire and by 1957, Hawker Hunter aircraft were flown by the ‘Golden Arrows’. The Squadron converted to the Mig-21 M in 1975,” IAF said in a statement.

The Squadron actively participated in Goa Liberation Campaign in Dec 1961 and in 1965 operations as a reserve force. Under the command of Wing Commander N Chatrath, 17 Squadron took part in the Indo-Pak war of 1971 and flew close air support, counter air and fighter recce missions, getting numerous gallantry awards.

On Nov 1988, the Squadron was presented ‘Colours’ by then honourable President of India, R Venkataraman. Under the command of then Wing Commander BS Dhanoa VM, Golden Arrows participated actively in Operation ‘Safed Sagar’ in 1999.

“In the near future, 17 Squadron will be the first Squadron to be equipped with the state-of-the-art Rafale aircraft, which is an extremely capable, fourth generation, multirole aircraft with advanced weapons.