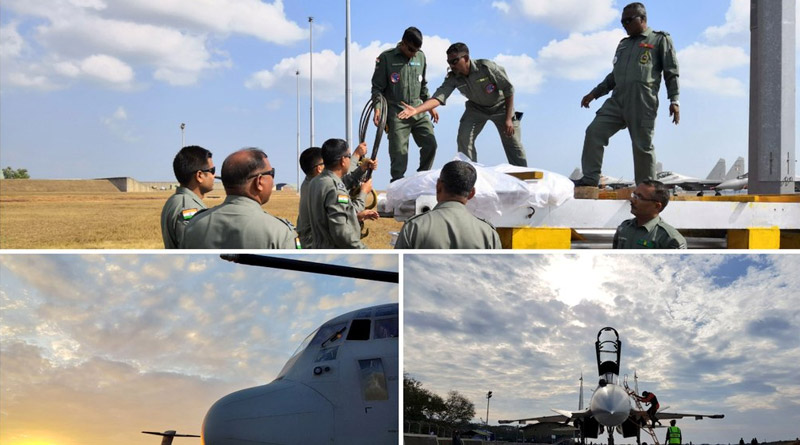 A contingent comprising of four Su-30 MKI, 01 X C-130 and 01 X C-17 aircraft from the Indian Air Force, landed at Darwin Air Force Base, Australia on 24 July 2018. This was the first time that an IAF contingent participated in a multinational air exercise in Australia with Royal Australian Air Force. Involving over 100 aircraft from around the globe, the exercise will provide a unique opportunity to the air-warriors to operate in a dynamic warlike environment.

India and Australia have always enjoyed amicable bilateral relations with both countries being commonwealth countries. Air Forces of both the countries participated in World War II. Historians have documented and acknowledged the contributions of both nations.   During the exercise, IAF’s Su-30 MKI aircraft flew across the ocean to once again demonstrate our strategic reach and professionalism. IAF even engaged with the Indonesian and Malaysian Air Forces while en-route to Australia as part of military diplomacy and reassuring our neighbours of our commitment to regional peace and security.

IAF’s engagement with Indonesian and Malaysian Air Forces and participation in the Exercise Pitch Black-18 in Australia, IAF will once again showcase its capability to be an effective net security provider in the region. Precise air to air engagement with tanker aircraft and ability to operate over the international airspace reaffirms that the Indian Air Force would always play the cutting edge of our nation’s military capability.